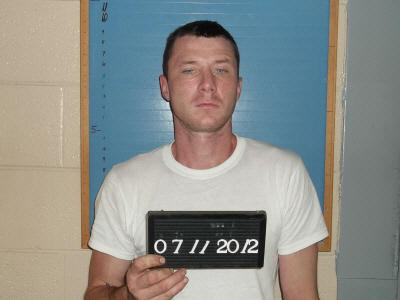 All Cannon County Sheriff’s Investigator Anthony Young wanted Wednesday afternoon was a haircut and a nap.

He ended up having what can only be described as a hair-raising experience.

After three unusually long days on the job, Investigator Young was at Janie’s Country Cuts on Jim Cummings Hwy. around 5 p.m. when a local man who he knew well from his prior encounters with law enforcement, came in and asked him for help.

McCullough had gone to the store to purchase some items, including Coleman fuel, plastic tubing, a pair of pliers and sunglasses.

While there he reportedly ate two ice cream bars.

McCullough did not have any money on him to pay for the items, and when he went to the checkout counter he reportedly asked that the purchase be placed on the account of another individual.

When store personnel refused to do so, McCullough told them Investigator Young was next door getting a haircut and that he would pay for the stuff.

That’s when McCollough went to get the investigator.

Upon his arrival at the market, Investigator Young observed that some of the items McCollough was attempting to purchase are commonly used in making methamphetamine. Upon questioning McCollough, the investigator noted he appeared to be under the influence of an intoxicant.

“He (McCollough) said he worked for the CIA and is under a mind control device,” Investigator Young said.

A search of McCollough found in his pockets hypodermic needles, lithium batteries, a glass pipe and a metal pipe, 26 Xanax pills and one Hydrocodone pill.

His initial court date is Sept. 11.

“I was on my way home. All I wanted to do was get a haircut and go take a nap. This was one of the craziest experiences I have ever had,” Investigator Young said of the incident.