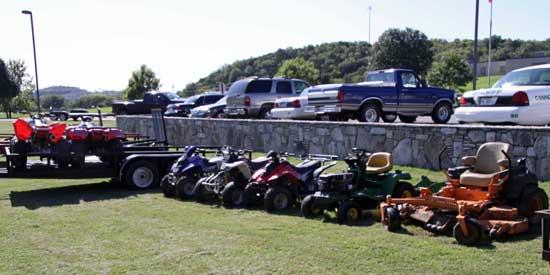 Sheriff Billy Nichols and his investigators have recovered in excess of $20,000 worth of stolen property in Bedford and Coffee County. Some of the items have been taken as far away as Ohio, while other items were found as near as neighboring Rutherford County.

Sheriff Nichols stated that arrest warrants have been issued for at least four people in connection with the thefts; however, none have been served at this time, but those arrests are imminent.