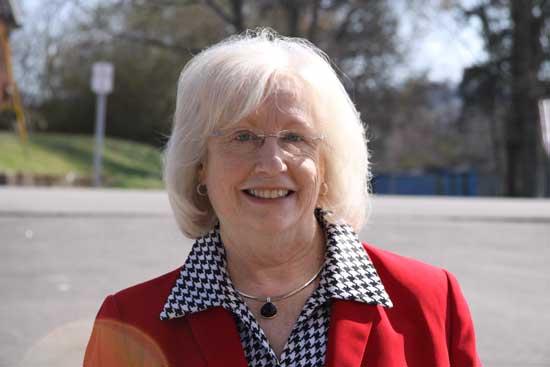 For over a year Beavers (R-Mt. Juliet) had indicated she would leave her District 17 senate seat, which includes Cannon, Clay, DeKalb, Macon, Smith, part of Sumner, Trousdale and Wilson counties.

Beavers considered foregoing another term in the state legislature and running for the position of Wilson County Executive.

However, Beavers was in Woodbury Friday to formally file her paperwork to run for the seat she has held since 2002.

"I just felt like the Senate is where I need to be," Beavers said. "I'm chairman of the Judiciary Committee and there are some things that we started in that committee that I want to finish. Working with the administrative office of the courts and other issues that were kind of left unfinished that I want to go back and finish."

Beavers said she considered running for county executive in her home county because there are people who felt Wilson County needed better leadership and thought that she could do some good.

"But when I weighed how much good I could do at the county level versus the state I thought the state was where I needed to be," Beavers said.

Work is moving rapidly in this year's session of he 106th General Assembly as legislators are anxious to hit the campaign trail full-steam.

"I know the leadership is trying to end the session up by the end of April. We have lots of people running for office this year so they are wanting to get out on the roads."

With state revenues dwindling over the last few years, lawmakers are facing some tough decisions in formulating the budget.

"It's already a hard session," Beavers said. "Anything that costs money has been put on the back burner. The revenues are still not coming in like they should, they are still short of expectations.

"I'm one of the more conservative members who three years ago voted against the budget when we had a huge surplus because I thought we needed to be saving that money. It was a pork-filled budget at that time."

Across the board cuts are being discussed, along with new taxes in certain places like on cable TV boxes, real estate investments, and the meals and extras that people get at hotels, which she thinks is double taxation, Beavers said.

"I think it is going to be a hard year to pass any new taxes so I think there is going to have to be some cuts. The reality is that government has to start operating like we operate our own homes. If you don't have the money, you don't spend it."

One of the areas Beavers addressed this year is the health freedom act dealing with national health care reform. She said there are monetary and criminal penalties in the bill that could hurt every Tennessean.

"So I passed a bill through the Senate and hopefully it will pass the House that says that Tennesseans can choose national health care or whether they want their own individual policy, and that if the federal government tries to penalize us in any way for not taking national health care the state attorney general will defend us.

"I am a cancer survivor. I would hate to think that because of my age that they would determine I wasn't worth treating or that I had to wait in line to get treatment and perhaps risk getting worse," she said.

The health care reform bill will add a huge cost to the state because of an increase in TennCare enrollees, something the state can not afford, Beavers added.

Beavers was first elected to the State Senate in 2002 and was reelected in 2006. Prior to that she served as a Wilson County Commission and also in the Tennessee State House of Representatives from 1994-2002.

She face a primary challenger in State Representative Susan Lynn. The primary is set for Aug. 5, with the state election scheduled for Nov. 2.