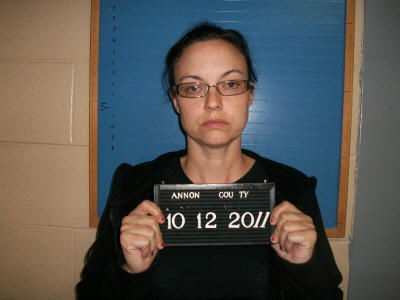 MARISSA GILLEY
Woodbury Police have charged a second person in connection with the bust of a meth-making operation on Oct. 8.

Marissa R. Gilley, 33, was arrested and charged with facilitation of the manufacture of methamphetamine by Officer John Fesmire following further investigation by the Woodbury Police Department.

James Chadwick Emberton was arrested and charged over the weekend for manufacture of methamphetamine, maintaining a dwelling for the purpose of manufacturing methamphetamine and possession of drug paraphernalia.

Both Emberton and Gilley resided at 905 Roberts Ave. Gilley was charged after an investigation showed that she had purchased ingredients to manufacture methamphetamine.