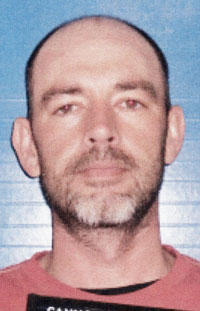 PINEGAR
Another person has been charged in connection with a burglary which took place on Basham Ridge Road in January.

Pinegar had recently moved to Gulfport, Miss. He was stopped there last week on a traffic violation by the Harrison County (Miss.) Sheriff's Dept. and a hold was placed on him because the Cannon County Sheriff's Department had issued a warrant for his arrest.

He was extradited out of Mississippi to face his charges in Cannon County. Sheriff's Investigator Anthony Young and Deputy Daniel Preston traveled to Mississippi over the weekend to pick Pinegar up and transport him back to Cannon County.

Upon return, Pinegar was served the warrants against him at the Cannon County Jail. He was booked under $22,500 bond. His initial court date is May 3.