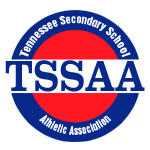 There will be a new system for conducting high school football playoffs in Tennessee beginning next season, but as far as Cannon County head coach Joel Schrenk is concerned, the new won't be much different than the old.

During a meeting Tuesday, the Tennessee Secondary School Athletic Association's Board of Control voted to do away with what had come to be known as the "Z plan" after only one season.

The Z plan was criticized by some because of uncertainty over who qualified for the playoffs, and the fact that a large number of teams with losing records advanced to postseason play.

Schrenk, who took the Lions to the playoffs last season for the first time in 14 years, says he didn't think the Z plan was that difficult to understand.

"According to the (TSSAA) article, that will (now) be done by the TSSAA every week after week five. If they had that last year and put it on the website, everyone would have been satisfied," he added.

The changes the TSSAA Board of Control made Tuesday are as follows:

• The top two teams in every district are in the playoffs.

• The remaining teams in each bracket are determined based on how they finished in regular season using the set criteria.

• Quadrants set based on geography.

• Seeding within quadrants will be based solely on how teams finished using the set criteria.

In order for the system to work, the following must be put into place:

• Teams in the same district may play each other in the 1st round of the playoffs.

• Teams finishing in the top half of their sub-group will not automatically qualify for the playoffs.

All teams not finishing 1st or 2nd in their district must qualify based on how they finished in regular season using the set criteria. Their selection will be based on the number of available slots left in the bracket after the District #1 and #2 finishers are determined.

• Number of teams you played that won 50% or more of their games (Takes into consideration strength of schedule).

• Wins over teams winning 50% or more of their games.

• Total number of victories by all opponents.

• Fewest defeats of all opponents.

The fact that two teams from the same district can meet in the first round of the playoffs is a major change to the system.

Under the Z plan is was not permitted and created many difficulties last year in seedings. Now it's back to how it always was prior to last year, said TSSAA Administrative Assistant Matthew Gillespie.

"I don't mind as long as the team who won head to head is the host of that game but I don't think that is how it is worded right now," Schrenk said. "I do think that 1A, 3A, and 5A teams are at a disadvantage under this format. I wish they would go to straight regions where we only play 3A teams if overall record is going to be used as the first criteria as automatic qualifiers for each district."

The way Schrenk views the situation, whether the Lions make the playoffs is always in their hands.

"The bottom line is this ... We have got to win the games we are supposed to win and we will be in the playoffs," he said.