Rogers Allegedly Crowns Himself With The Jewels 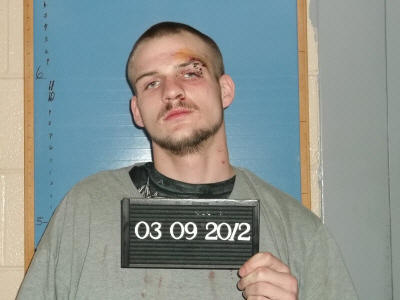 Deputy Perry was dispatch to an address on Hollow Springs Rd. in reference to a physical domestic incident. Upon arrival he saw Rogers standing in the driveway with a laceration over his left eye.

Rogers appeared to the deputy to be highly intoxicated and he smelled of an alcoholic beverage. Rogers said he didn’t know what happened. Then he stated someone hit him with a jewelry box. He said he was dizzy and needed to go to the hospital.

Deputy Matt Parsley arrived at the location and stayed with Rogers while Deputy Perry went to talk with other people at the house.

She said Rogers wouldn’t let her leave and stated “… you are going to jail” and hit himself in the head with the jewelry box.

A witness told Deputy Perry he heard the victim screaming for help in the bedroom, so he went down the hall to the bedroom door, it was locked, so he busted it open, and found Rogers on top of the victim hitting her.

During this time Rogers had been transported to the hospital for treatment. After obtaining statements and taking pictures of the victim, Deputy Perry went to the hospital and arrested Rogers. His bond was set at $25,000. He has a court hearing scheduled for May 1.