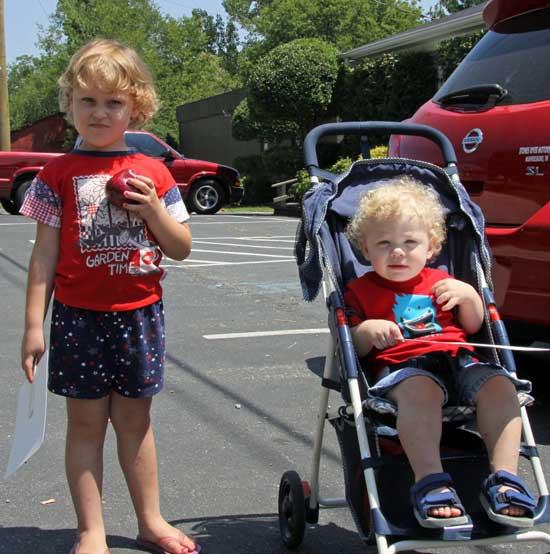 Some things do get better with age.

Auburntown played host to the Lions Club Red Apple Days Friday and Saturday (Aug. 6-7) and like the ones before it, the 2010 version was considered a large success as folks lined the street for the parade and took advantage of the games, sales at booths and great entertainment throughout the remainder of the afternoon.

The 2010 Red Apple Days, sponsored by the Auburntown Volunteer Fire Department, included a strong lineup of entertainment that included 14 different bands over a two-day period and the very enjoyable Clogging Click out of Murfreesboro.

Country music singer Jackson Delaney served as the Grand Marshall and was part of the lineup of entertainment that kept folks flocking to the Hawkins Park main stage. The event also featured games throughout the day, along with a variety of foods, crafts and memorabilia.

Print
Members Opinions:
ThirdGranny
[Delete]
Thanks for such a good picture of our grandchildren. They enjoyed the day very much. Lou Ellen and John D. Nichols