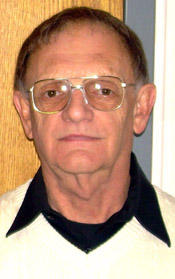 SHERIFF NICHOLS
Cannon County Sheriff Billy Nichols will leave office at the end of this month after being unsuccessful in his bid for re-election.

The Cannon Courier asked Sheriff Nichols to reflect upon his term in office, and he was gracious enough to do so.

Following are the questions submitted, followed by Sheriff Nichol's answers:

What do you believe have been your major accomplishments as sheriff?

Fighting the war on drugs. Marijuana has continually been a problem in Cannon County but the latest drug of choice is methamphetamine and it is again on the rise.

How is the sheriff's department better now than when you took office?

The biggest item is the Drug Fund. When I took office there was $15,000 in the Drug Fund. Today there is $172,000 which can be used to fund drug operations and purchase equipment. During my administration I purchased 8 new vehicles, 6 were SUV 4-wheel drive and at no cost to the taxpayers. Two were purchased through my budget. The department's fleet of vehicles is in good condition.

What would you have wanted to accomplish had you been re-elected?

To complete some of the goals we set early in the year to provide the best law enforcement for the citizens of the county.

What challenges do you see the next sheriff is facing?

Lack of funding for many of his projects and goals. I was asked to work within the same budget for three years with no increases in my budget. This meant no raises for deputies, correctional officers and staff as well as no funding for jail improvements and equipment.

What advice would you give the incoming sheriff on running the department?

Do what is best for the county and be fair and honest in for the citizens of Cannon County and be good to your employees.

What are your biggest regrets about not being re-elected?

Our department is like a family and I will miss working with all my employees. They have all worked hard for me, many of them going above and beyond the call by working extra hours whenever I needed them.

How do you want the citizens of Cannon County to remember your term in office?

One of hard work, a continued fight against the drug problem, and being fair and honest.

Is this the end of your career as both a public servant and a politician, or do you forsee running for office again in the future?

I am retired for the second and last time.  My wife and I plan to travel  and see the country. I won't miss getting up in the middle of the night for a shooting, wreck or drug case. Being sheriff has many  duties and responsibilities and you are always on call.