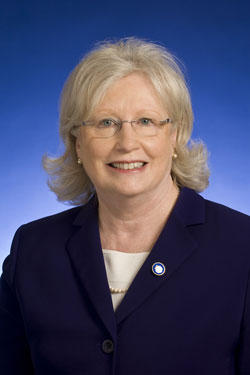 Throughout my fifteen-year career as a Tennessee State Representative and Senator, I have prided myself on serving the people of Wilson, Cannon, Clay, DeKalb, Macon, Smith, Sumner, and Trousdale counties. I have fought to preserve both the national and state Constitutions, in addition to fighting for limited government and individual rights. Yet, in my years of service, there has been another area that I have always been passionate about: reducing drunk driving in Tennessee.

Driving on public roads paid for by the state or federal government is not a right afforded by the Constitution; driving on such roads is a privilege, and a privilege I have no problem with restricting if that privilege is not respected. When it comes to a drunk Tennessean choosing to drive a deadly vehicle on a public road, a road where your and my children and grandchildren are driving, my “mom” instincts come out.

During my years in the state legislature, I have filed numerous bills to help keep our public roads safe and to protect the thousands of lives that are lost or injured as a result of drunk driving every year. Upon first arriving to the State House in January 1995, I carried the bill that lowered the legal intoxication level while driving to .08 BAC. I carried that bill every year until the legislature eventually passed it in 1998, in large part because the federal government required it. In addition, I have tried unsuccessfully almost every year to get the legislature to adopt a “pass the bottle bill,” legislation that says that a driver cannot simply pass an alcoholic beverage to a passenger whenever he or she is pulled over. Tennessee is one of only eleven states in the country who allow passengers to consume alcohol in a moving vehicle, and out of those eleven states nine are among the most deadly when it comes to alcohol-related deaths. In fact, Tennessee has been ranked by Forbes magazine last year as the 11th most deadly in the nation.

With these statistics in mind, I have filed a bill for the past three years that incorporates a device that statistics show can be the number one source of protection from drunk drivers: ignition interlock. An alcohol ignition interlock is a small and sophisticated device with a breathalyzer tube that is installed into a vehicle that prevents the vehicle from being started until the driver blows into it and has no alcohol in his or her system. Currently, ignition interlocks are required for repeat offenders, those drunk drivers who have statistically driven hundreds of times before they are ever caught. My bill, SB 2965, is currently being debated in the state legislature, and would require interlock devices to be installed for a year in cases of aggravated first offenders (those who blow a 0.15 BAC which is almost twice the legal limit), people driving with children in the car, or those involved in accidents caused by alcohol impairment.

A TBI study shows that among the 137,183 people arrested in Tennessee for DUI between 2002 and 2007, nearly 21 percent of those were eventually arrested a second time for DUI. Out of those repeat offenders, approximately 50 percent were arrested within a year after their first conviction. Such statistics point to the fact that an ignition interlock device installed during that year for those most serious first offenders will do the most to keep those people from reoffending, and allow an innocent life that otherwise might have been killed in an alcohol-related crash to live another day.

In closing, I urge you to call your State Representative and Senator and ask them to support this life-saving technology. Such technology has been implemented in various other states, and the statistics overwhelmingly indicate a reduction of repeat drunk driving incidents. I often complain about the federal and state government encroaching on individuals’ rights, but I do so when a personal or Constitutional freedom is being violated. Driving on public roads is not a right; it is a privilege – and adopting this legislation will help ensure such privileges are afforded to more Tennesseans who might otherwise be killed by drunk drivers.