Probable cause found against Kronnick 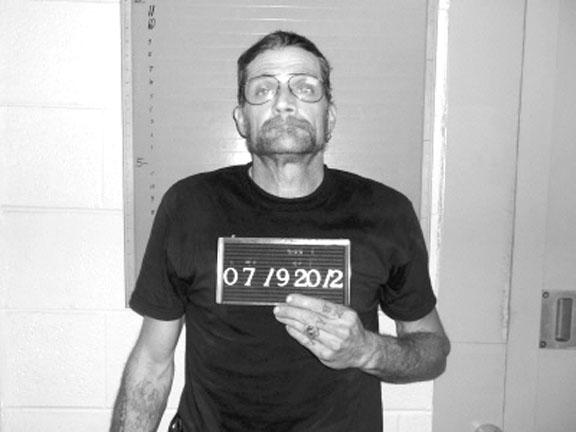 Probable cause was found in the following charges against Sean Martin Kronnick: cruelty to animals five counts, initiating the process to manufacture methamphetamine, maintaining a dwelling for producing methamphetamine, and possession of drug paraphernalia.

Three dead and decaying donkeys were found on Kronnick's property. Two donkeys described by investigators as being in "poor health" were still occupying a dirt lot/pasture at the residence.
According to Steelman's report, "No forages were present, or evidence of any forages being fed to the donkeys. The owner admitted he was unable to provide care for the animals.

"The pasture/dirt lot was absent of manure piles, an indication that the animals did not have sufficient feed/forages. The conclusion of the investigation revealed the three donkeys died from starvation. The small colt was orphaned due to the death of the jennet. The owner surrendered the animals."

The donkeys were not being fed grain, the report states.

Kronnick was  arrested on suspicion of making methamphetamines Sept. 6 at his home in Morrison. He was charged with the initiation of a process intended to result in the manufacture of methamphetamines, maintaining a dwelling to keep or sell illegal substances, and possession of drug paraphernalia, according to a Cannon County Sheriff's Department report.  Initially, deputies went to his home in reference to a complaint filed by Woodbury resident Melinda Barrett, who alleged Kronnick had stolen some of her property.

"After getting out of jail, I went to retrieve my belongings from Kronnick, and he would not return all of them," Barrett said in an affidavit complaint filed Sept. 4 in .  Two days later, an arrest warrant was signed for Kronnick's arrest over the theft allegations.  During a routine search of his residence, "several components for a meth lab were found," investigator Anthony Young said in a Sheriff's Department report.  In a related report, Young said authorities also found items used to ingest, inject and inhale illegal narcotics.  Some of the results of the various cases that appeared on Judge Melton's docket included:

Brenda Lee McEwen bound her charge of DUI over to the January term of the Grand Jury.

John Charles Smith pled guilty to DUI.  He was sentenced to 11 months 29 days in jail.  That sentence was partially suspended upon serving 48 hours, equal time on probation, 24 hours of litter removal, attending, paying a $350.00 fine and the costs.

Tuesday, General Sessions Court
Judge Susan Melton presided over  on Tuesday.  Some of the results of the various cases that appeared on the docket included:
Joshua Blake Cummings charge of domestic assault was retired for 6 months.  He was ordered to pay the costs.

Jeremy Jackson Grant's charge of aggravated domestic assault was retired.  He was ordered to pay the litigation tax.

Cassidy Anne Bailey Horn's charges of drug paraphernalia and assault were retired for 11 months 29 days.  She was ordered to pay the costs.

Jeremy Kenneth Leedom pled guilty to vandalism over $1000.  He was sentenced to 11 months 29 days in jail.  That sentence was suspended upon equal time on probation, paying $2000 in restitution and the costs.

Holly Marilyn Lorance pled guilty to simple possession of a schedule II drug.  She was sentenced to 11 months 29 days in jail. That sentence was suspended upon equal time on probation, forfeiting seized property, paying a $750 fine and the costs.

Christopher Steven Reed pled guilty to disorderly conduct.  He was sentenced to 30 days in jail.

Michael Joe Sanders agreed to the violation of probation.  He was ordered to serve his original sentence of 11 months 29 days.  Sanders also pled guilty to 4 counts of driving