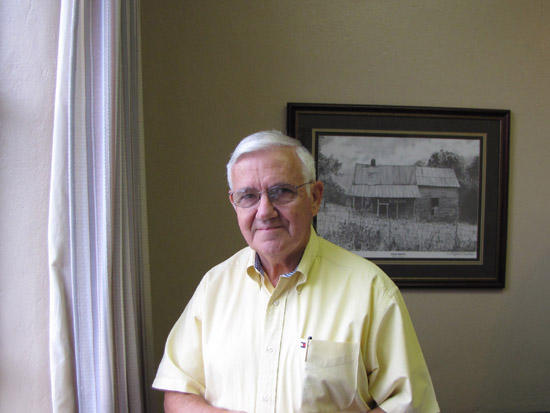 For a couple of years now County Executive Mike Gannon has been telling us that we are waiting for the money and permission to revitalize the courthouse square. Well it has finally come that time; the bids were opened on October 6.

Bids were opened at the County Executive’s Office to find the low bidder that will be doing the work to spruce up the Court House Square. The lowest bid was $519,125.51 by Preston Brothers Construction of Woodbury Tennessee.

So now it begins and it is will be a welcome change to the part of the county that most people see when they drive through Woodbury. Ten companies picked up the engineering plans with only four of them returning them completed.

Now it is up to TDOT to check into the company and make sure that they do everything the state mandates for companies to get state money. One very important issue is to meet the criteria for minority companied to be used. The state sets a minimum for using 8.73% of Disadvantage Minority Business Enterprises (DMBE) in letting out the work on any project funded by the state. “Preston Brothers have always abided by this rule” says County Executive Mike Gannon so he sees no problem.

The days of our lives are speeding by, and yet I can hardly wait until the work that is going to be done to the courthouse square is begun. Perhaps you might have seen an engineer’s rendition of what to expect, or maybe you were just told of what it might look like. It is going to be beautiful, new trees will be planted, over head wires will be eliminated, new sidewalks will be laid and concrete will be replaced. The artist rendition that I saw was displayed at Jennings Motors before they closed their doors. I think the new look of the square will bring people to Cannon County just to see what it looks like, the new courthouse square in McMinnville was done several years ago and it is beautiful.

The antiques stores will benefit from the new look I am sure, because the look will be that of yesteryear, which displays a more hometown look, a feel that seems to say welcome, come enjoy us. Concrete will be stamped to look like brick (if I am reading the map correctly) new curbs and islands will be added. New lighting will accentuate the whole atmosphere of the square, along with clocks being installed on four corners of the square. And the parking area will be enhanced with a thicker base of rock and then deep asphalt.

Before the work begins new city drain pipes will be laid under the square. There would be no sense in doing anything to the square if you don’t fix the over taxed drainage system from the early 20th century. Most of the drain is made out of stacked rock; you might remember when the pavement gave way in front of the dollar video a couple of years ago which took a vehicle with it. Except for a few minor changes the courthouse and its grounds have stayed the same and I would venture to say that most of what was done to the courthouse square was done when Cannon County built the new courthouse in 1934/35. While Harold Patrick was Executive in the 1990s he had applied a new “space age” epoxy on the concrete on the north side of the courthouse because the concrete was cracking. It helped keep it in shape up until recently.

Money has always been hard to come by to fund the services Cannon County because it is generated by the home owners. Cannon County’s budget is not based on the retail tax business; it is based upon property taxes. Therefore anything that can be done to bring in the retail taxes and the gasoline taxes will help Cannon County continue to be the friendly place to visit and live.

How will this change affect us here in Woodbury? Right now visitors come to Woodbury after they have passed through and then saw something that piqued their interest. Many times they come for the Arts and Crafts that we are known by and some for a relaxing dinner or to walk through the antique stores that are here. Whatever they come for if the Courthouse Square looks inviting to them they will come back and if they come back they will spend money which will in-turn trickle into the coffers of the City and County.

In my opinion (everyone has one) the next thing to do would be to launch a campaign to reface the businesses on the square, to make them more appealing. There hasn’t been much changed in that area for some time. Some new sidewalks would look good and awnings. One place that has changed was done several years ago when the owners of the building where the Tri Star Title Company is located changed the store front. The office front looks “clean” and open and inviting. It is situated next to Jennings Jewelers that has always looked professional and up-to-date. But there again is the problem. Do we give up our hometown look for a more modern look? I don’t think we will be giving up anything because the look will still be accented by the new look of the square and I believe the businesses will adapt their buildings to reflect the new look.

County Executive Gannon tells me that there will be $600,000.00 coming to us in the form of a grant. The city and county governments will each give $80,000.00. That is three quarters of a million dollars that will be well spent. To me this is a win-win situation. People will still be able to meet at the square and as far as I know whittling is still a good past time for the older men.

I will be looking for the work to begin on revitalizing our courthouse square so take pride in your county. And spread the word.

Print
Members Opinions:
hoghito
[Delete]
I am really happy to finally see this approved this will be beneficial to all of Cannon County. Keep our town beautiful.....