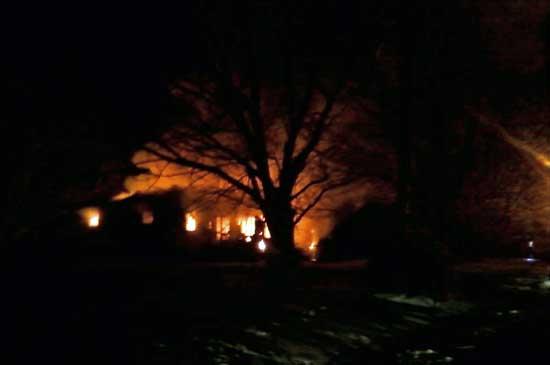 On Sunday morning (Jan. 31) at 1:01 a.m., Mooretown, Eastside and Woodbury fire departments were paged out to a 10-72 (house fire) on Finny Simmons Rd. When the fire departments arrived the house was fully involved and Midway Fire Department was called in for manpower and water support.

The fire fighters that responded to the fire in 9 degree weather braved the cold and snow-covered icy roads to aid in the extinguishing of the fire.

When the fire departments went back in service at 5:30 a.m. (four and a half hours later) the house was ruled as extinguished. However, five hours later they were right back at the residence for what is called a reburn in which the house had caught back up but was taken care of and completely extinguished shortly there after.