Pair Try To Sell Stolen Car Back To Victim 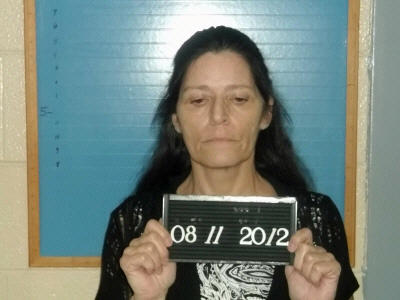 A mother and son were recently charged with Theft Over $1,000 after they allegedly stole a vehicle and then later tried to sell it back to the victim.

The victim reported the 1999 Jeep Laredo valued at $1,600 as stolen on Aug. 2. She stated that two weeks prior she and her boyfriend, Christopher Steven Reed, had gotten into an argument and she left the residence at1463 Parker Dr. where she had been staying. She said she left the Jeep in the driveway because it was “broke down.”

According to the victim, she received a text message stating that Reed had stolen her Jeep and sold it. She said she went to the Parker Rd. residence and it was indeed gone. She then stated that Josh Smith told her the Jeep was in good hands and that she could buy it back. She was advised that Reed had sold the Jeep to someone and that he used the money to buy a bus ticket out of town.

Cannon County Sheriff’s Deputy Brandon Gullett, who took the theft report, was shown text messages stating the victim could buy the Jeep back for $250.

On Aug. 7, Deputy Gullett was advised by an unknown caller that the Jeep was located at the first house on the left onBull Pen Creek Road. He was also advised that the vehicle was in a field behind the residence and that the catalytic converter had been removed and sold at Ivy Bluff Salvage.

Deputy Gullett along with Sgt. Randy Neal went to 2386 Bull Pen Creek Rd. and made contact with Goad-Smith and the property owner. Goad-Smith stated that Chris Reed and her son Joshua had sold her the vehicle. She produced a bill of sale but no title.

The deputies were taken to where the vehicle was located in woods behind the home. It was towed to the impound lot at the sheriff’s department.

Following further investigation, Vicky Goad-Smith and Joshua Smith were charged on Aug. 10. The case remains under investigation and charges against an additional individual or individuals are possible.