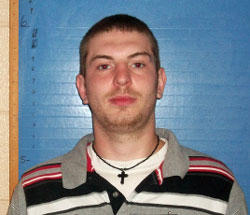 FERRELL
Two Bradyville residents are scheduled to appear in Cannon County General Sessions Court on Oct. 4 on charges related to theft and burglary.

Chumley and Ferrell allegedly acted jointly and conspired to enter the home of the victim to commit a felony. Property taken during the burglary included assorted jewelry and gold coins, the total value of which being $4,150.

Separately, Chumley has been charged with theft under $500 and forgery for allegedly stealing and cashing checks from the same victim on or about Aug. 24. Four of the victim’s checks in various amounts totaling $275 were cashed at local stores.

Chumley advised deputies she was on state probation following a theft-related conviction. Her bond on these charges is $12,000.