Officers March In Memory Of Walkup

LISA MARCHESONI, Special To The Courier 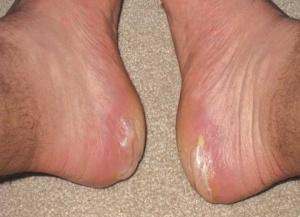 Lt. Walkup, 24, son of Frank and Mitzi Walkup of Woodbury, died June 6, 2007 in Rashaad, Iraq. He was a graduate of Riverdale High School and the University of Tennessee where he participated in the ROTC program.

Sheriff’s Detective Scott Tillman said the Gold Star Mothers made an impression on him.

“It puts things in perspective when you look at the mothers who had someone pass away from the war,” Tillman said. “It makes you realize how lucky we are.”

Hooker, Tillman, Detective Sgt. Mark Di Nardo, who are in their 40s, and patrol Cpl. Travis Robinson, in his late 20s, marched with some 300 other people. The four hiked 26.2 miles in the Smoky Mountains as the only civilians in the heavy military category while carrying backpacks weighing 40 pounds.

This was Hooker and Robinson’s second consecutive march and Di Nardo and Tillman’s first. They finished the grueling marathon that changed elevation by 600 feet in just over eight hours.

Robinson, a former U.S. Marine and combat veteran who served in Iraq in 2002, hiked to memorialize Lt. Walkup. “It’s a good race,” Robinson said, adding, “It’s for a good cause.”

Hooker said the proceeds went to the Wounded Warriors Project.

This was Tillman and Di Nardo’s first 26.2-mile marathon. Hooker described the trail as having a couple of steep spots.

“It was rolling with a few good pulls,” Hooker said. Di Nardo decided to join the march to see if he could finish it.

“It’s more mental,” Di Nardo said the march. “We were all physically fit for it.”

When one became tired, the rest offered encouragement. They talked and laughed to keep their minds off the pain.

Tillman said nobody was going to give up.

“We wouldn’t have let that happen,” Di Nardo said. Along the route, they encouraged many younger hikers to keep trudging and drank about six liters of water to keep from cramping.

Tillman noticed the blisters on his feet at mile 15. Di Nardo said he experienced pounding on his knees and ankles. Robinson knew what to expect and trained more than a year with Hooker.

“Road marches are all mental,” Robinson said. “It was tough. I was very tired when I got finished. When you’ve been through it before, it helped.”

Hooker said the four officers trained before the march. Di Nardo said they’re next goal will be to hike the Appalachian Trail.

“Ask me next month,” Di Nardo said with a grimace. “We’re still in the recovery stage.”