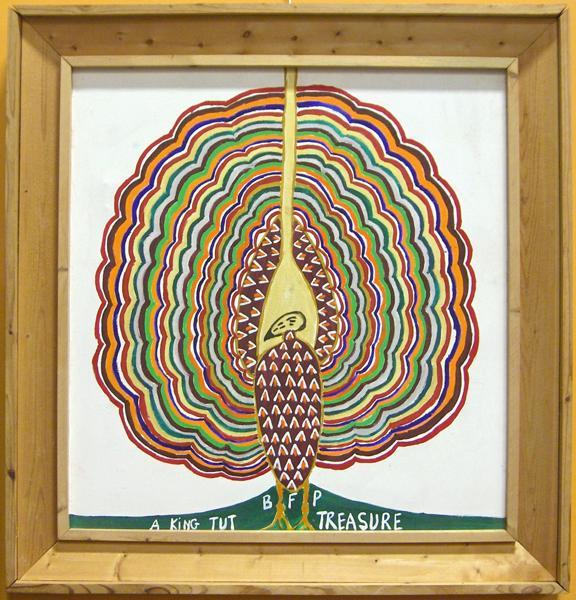 
Benjamin Perkins was a preacher and artist who painted colorful, whimsical works. He painted on gourds, canvases, and even his kitchen cabinets. Perkins commonly painted biblical and patriotic themes. Perkins also depicted objects found in King Tut's tomb, as shown in "A King Tut Treasure." The popular exhibition of objects from Tutankhamun's tomb was on tour during the beginning of Perkins's painting career, and the ancient artifacts clearly captured his imagination. Perkins said, "King Tut's treasures are important because they illuminate the way to come for all history." Come and view this and other paintings on exhibit in Cannon Hall at the Arts Center of Cannon County. Cannon Hall is open 10 a.m.-4:00 p.m. Tuesday through Saturday.