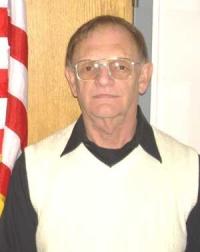 Cannon County Sheriff Billy Nichols announces his candidacy for re-election for a second four-year term in the August 5, 2010 General Election.

Nichols was elected in 2006 after service 20 years on the Public Service Commission and five years as a member of the Department of Safety Commercial Vehicle Enforcement division. He completed the Basic Police Enforcement Training Academy in Donelson in 1979 and also successfully completed a Supervisors Enforcement code offered by the North Carolina Justice Academy and in 2006, a 40-hour in-service training course for newly elected Tennessee sheriffs.

Under the direction of the T.B.I., Nichols also completed courses in Vehicle Drug Interdiction Techniques, D.U.I. Enforcement and Field Sobriety Training and Intoximeter Operation Course. He also completed a Time Management Course at Tennessee State University. He later retired from the Department of Safety with 20 years as a supervisor with the rank of Lieutenant. Sheriff Nichols also was employed as a Deputy Sheriff in Cannon County.

A lifelong resident of Cannon County, Sheriff Nichols is a 1958 graduate of Woodbury Central High School. He is married to the former Melba Mayo and is the son of the late Cecil and Bobbie (Gannon) Nichols. They are members of the Pleasant Ridge Church of Christ.

“I am proud of my department and all the accomplishments we have achieved during my administration,” said Nichols. “I believe that my law enforcement background and four years experience as Sheriff has helped me tremendously during my first term. We still have some goals that I would like to see completed and ask for your vote and support in the August 5th General Election.”