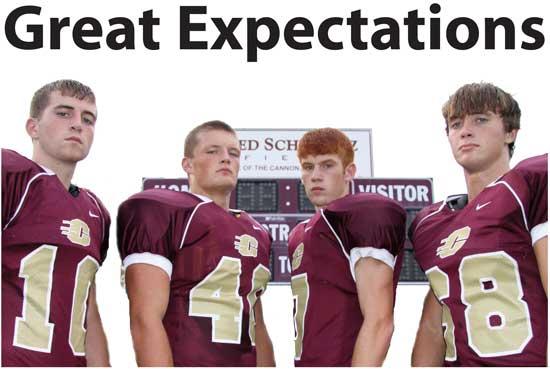 Left to right, seniors Heath Simons, Gabe Walkup, Colin Jones and Paul Oneel will be among the mainstays looking to help the Cannon County football Lions repeat as District 8-AA champions in 2010.

The Lions won the district and reached the playoffs for the first time since 1995 during a memorable 2009 campaign.

Pick up a copy at local stores and restaurants for a complete overview of the upcoming season, which begins Friday at Spring Hill.