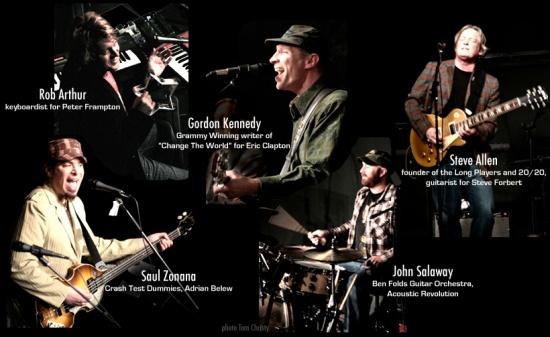 All you need is love. That is what several world-class musicians are going to bring to the Arts Center stage as they celebrate The Beatles, the band that changed rock and roll and pop music forever. Mystery Trip will be performing at The Arts Center of Cannon County on Thursday, January 13th at 7:30 p.m. If you are a Beatles fan at all, you will not be disappointed. Known as the best Beatles tribute act ever seen, Mystery Trip offers expert musicianship in the re-creation of the most well known songs ever produced by the Beatles.  This is a must see show for any Beatles fan.

These Nashville professional musicians do a show that if you close your eyes; you are hearing a very, very close replication of what Beatles’ records sound like. Mystery Trip’s dedication to recreating the records of the Beatles with expert musicianship has earned them a reputation as one of the best tribute bands to come out of the Nashville area.

Instead of dressing up and taking on the persona of The Beatles on stage, Mystery Trip has invested in top of the line gear to help recreate the sounds of the Beatles.   Mystery’s Trip’s set list includes “Hello Goodbye,” “Strawberry Fields Forever,” “ Help!,” “Sgt. Pepper’s Lonely Hearts Club Band,” “Lucy in the Sky with Diamonds,” “Across the Universe,” “Get Back,” “Hey Jude,”  and “Magical Mystery Tour.”

Ticket prices are $12 for adults, $10 for seniors, students, and groups of ten or more.

"The Kitchen at the Arts Center" will be open featuring down home Southern cooking, so join us for an evening of delicious food and extraordinary music.

The Arts Center is located on 1424 John Bragg Highway, just west of the town of Woodbury, approximately 20 minutes from Murfreesboro, Manchester, and McMinnville and one hour southeast of Nashville. Office hours are 10:00a.m. to 4:00p.m., Monday through Saturday. For reservations or more information check our website at www.artscenterofcc.com or call 615-563-(ARTS) 2787 or 1-800-235-9073.