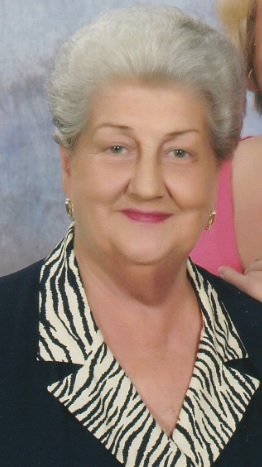 Mrs. Myra Haley, 86, of Woodbury passed away on March 30, 2020. She was born on June 21, 1933 at home in the Red Hill Community of Cannon County. Her parents were the late Vernie Granville Burks and Mary Etta Young Burks. She was the youngest of five girls and the last living of the children. She was also preceded in death by her husband, Mack Haley, sisters, R. A. Lynn, Jewel Parker, Juanita Parker, and Evelyn Davis Myers, and by a granddaughter, Harmony Haley.

Mrs. Myra grew up knowing the value of family. She went out of her way to make her family feel special, giving them unconditional love, and showed them how to be strong. As a mother, grandmother, and great grandmother she gave more than she took and deeply enjoyed time to share stories, talk, hug, and laugh. Her beautiful smile and green eyes were twinkling almost every time you would see her. The love of her life was her husband Mack. They met and married very young and celebrated their 48th anniversary before his passing. He was a Marine veteran and they lived many different places over the years. Raising their kids in the 50's, 60's, and 70's was a great time in our country. It was unusual for the time, but she made sure they experienced things many other kids of the era didn't. They took trips to the State Fair and took time out to see the Christmas Parade. She and Shane took a train ride from California to Nashville.

She also kept busy working. Through the years she worked as a secretary for many different places. One of the first was for Walter "Cap" McCrary and her last 20 years were spent at the VA in Murfreesboro working as a clerk in the Prosthetics Department until the age of 77. She was a graduate of Woodbury Central High School in the Class of 1951 and stayed close friends with many of her classmates. She was also a long-time member of the Woodbury Church of Christ.

Due to the continuing situation with the virus in our country we are offering options to family and friends to pay their respects. You may call to have us place your name and condolence in the register book, you may also offer memories and condolences on the guestbook page of our website, www.smithfuneralhomewoodbury.net A private graveside service will follow at Riverside Garden later Thursday. Herb Alsup will officiate. Smith Funeral Home, 303 Murfreesboro Rd. Woodbury, TN 37190, 615-563-5337