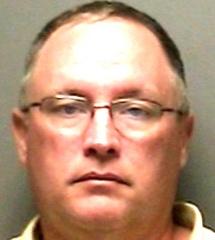 The Tennessee Bureau of Investigation arrested a Murfreesboro couple Monday evening (June 22) after exchanging their television for a controlled substance.

Andrew Messick, 43, and Crystal Messick, 44, were arrested in a Walgreens parking lot in Murfreesboro and charged with one count of simple possession and casual exchange of a controlled substance. TBI agents received information about the couple wanting to exchange a television for hydrocodone pills. The exchange was made and the couple was arrested.

Andrew Messick is a police officer with the Murfreesboro Police Department.

The couple was booked into the Rutherford County Jail and released on bond.