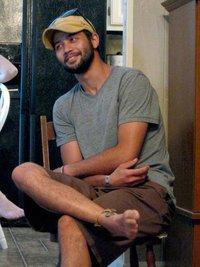 24-year-old Josh Proctor, missing for a week, has reportedly been found.

Details are sketchy, but the Courier has been told the news of his being located, apparently alive and well, were posted by his parents to Josh's Facebook page.

He had last been seen at a party in Murfreesboro Friday night, Oct. 15. Local police, family and friends worked tirelessly to find his whereabouts.

Proctor is a 2004 graduate of Cannon County High School.

Print
Members Opinions:
[Delete]
Please come home safe Josh.. Everyone is worried about you.. Please keep Josh and his family in your prayers for his safe return home
galaxy88
[Delete]
This sounds a bit eerily familiar to another loss already here in Woodbury...at least from the details we are given.
Mollygizer
[Delete]
More information on missing 24-year-old Josh Proctor of Murfreesboro, Tennessee. Josh has been missing since approx. 3:30am on Saturday, October 16th, with no cellphone activity or communication. He was brought to the Church Street Waffle House by a cab where he ate, used his laptop, and left on foot according to nearby surveillance video. His car is in need of repair, so Josh is currently reliant on walking and taking public transportation. He was last seen wearing a grey long-sleeved shirt, black sweatpants, and carrying a black backpack.
neicy32
[Delete]
Too similar! This is pretty scary. Praying for his safe return.
lanageren
[Delete]
Prayers going up for Josh and his family.
[Delete]
Prayers for a safe return! Everyone misses you! You are the one that would always cheer everyone else up. Please let someone know if you are ok!
[Delete]
JOSH HAS BEEN FOUND!!!
[Delete]
Our God is so good. Thank you Jesus for protecting Josh and returning him home.
[Delete]
Our God is an awesome God!!
neicy32
[Delete]
Thank God! I'm so happy for the family. I wish the same outcome would've happened for Brian's family.