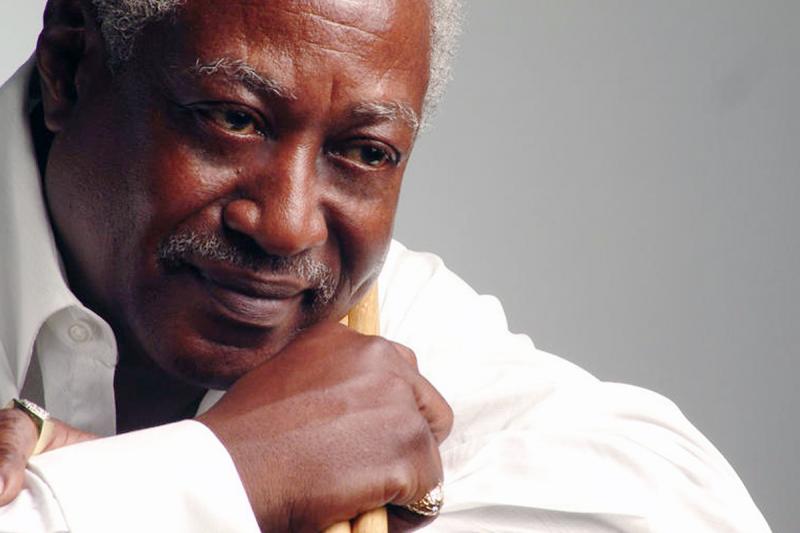 Famed jazz drummer Roger Humphries will bring his 70-plus years of musical brilliance to MTSU Thursday, Feb. 6, to perform with university jazz faculty and the MTSU Jazz Ensemble I in the first 2020 concert of the MTSU Jazz Artist Series.

Tickets for Humphries' Feb. 6 concert, which begins at 7:30 p.m. in Hinton Hall inside MTSU's Wright Music Building at 1439 Faulkinberry Drive, are $10 for the public. Admission is free for MTSU students, faculty and staff with a current ID. Discounts for area music students and educators also are available.

"The concert will showcase the sound of one of the great jazz drummers," said Jamey Simmons, director of MTSU's jazz studies program in the School of Music.

"The exciting thing for us as performers will be to play with and be around someone who's experienced so much important jazz history."

Concertgoers can reserve tickets by contacting Simmons at 615-898-2724 or james.simmons@mtsu.edu. Tickets also will be available at the door.

Humphries, now 76 years young, first picked up the sticks at age 3 1/2 and began playing professionally at age 14. Two years later, he led his own ensemble at Carnegie Hall.

He's provided a beat for a list of renowned musicians that reads like an encyclopedia entry of every genre, including Ray Charles, Lionel Hampton, Coleman Hawkins, Dizzy Gillespie, George Benson, the Isley Brothers and Jean-Baptiste "Illinois" Jacquet, who MTSU honors every year with a weekend of jazz clinics and concerts.

Humphries' recordings for jazz greats Stanley Turrentine and Horace Silver showcased his hard-swinging style, and as a member of Silver's group from 1964 to 1967, he recorded and performed such classic tunes as "Song For My Father" and "Cape Verdean Blues."

You can get a preview of his artistry at https://youtu.be/97SpxEuB9P4.

At the Feb. 6 concert with Humphries, Simmons will be joined by MTSU colleagues Don Aliquo on saxophone, Jim Ferguson on bass and Matt Endahl on piano.

MTSU's Jazz Ensemble I is the university's top performing student group in the jazz studies program. The ensemble tours throughout the region and focuses on cutting-edge works and big-band repertoire.

Now in its 21st season, the MTSU Jazz Artist Series brings internationally renowned jazz artists to campus for performances and educational workshops. Past guest artists have included some of the most important musicians and educators in jazz history.

Jazz vocalist Erin Bode will be joined by the MTSU Singers, the university's vocal jazz ensemble, for the season's final concert on Tuesday, April 21.