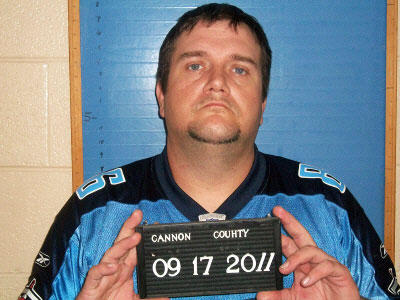 JEREMY MOULDER
An argument which began with a mother wanting her horse saddle ended with her son being charged with disorderly contact.

Moulder stated that his mother called and was wanting her saddle back and that Michelle Melton had it. Moulder said he told his mother to call Melton, but she (Melton) would not answer her phone.

Moulder said he went into the other room where Melton was and told her that his mother wanted to talk to her about the saddle. He said Melton started “flipping out and cursing” and began pointing her finger at him.

While deputies were attempting to get statements from both parties, Dale Witty arrived at the residence. Witty, who is Moulder’s brother and the ex-boyfriend of Melton, got out of his vehicle and started walking toward the front yard of the residence. Witty and Moulder began to argue.

As the argument intensified deputies told both parties to stop. Witty calmed down, but Moulder continued to yell and walk toward Witty in an aggressive manner. Moulder was told twice more to stop, but he continued on.

Moulder was then told to leave the property and he turned around and took a few steps as if he intended to do so, but turned back around and stated he wasn’t going any (expletive deleted) where.

Moulder was placed into custody and transported to the Cannon County Jail and served an arrest warrant for disorderly conduct.

Melton was provided another place to stay by a lady who arrived on scene.