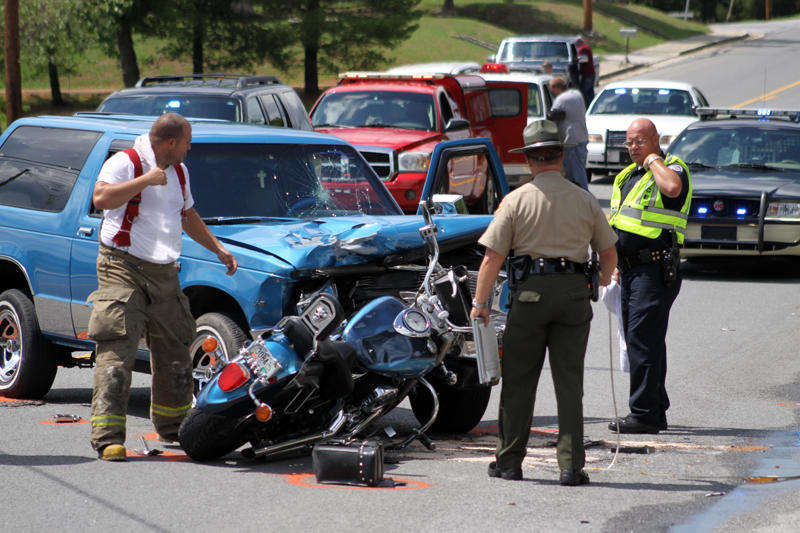 An accident involving a motorcycle and a Chevrolet Blazer claimed the life of the driver of the motorcycle Sunday afternoon.

The accident occurred at around 1:30 p.m. at the intersection of South McCrary St. and Rogers St.

According to Woodbury Police Chief Kevin Mooneyham, the preliminary investigation shows a 1988 Chevrolet Blazer being driven by Buford Weeden of Rogers St. in Woodbury was traveling southbound on South McCrary St. and made a left turn onto Rogers St.

Weeden apparently failed to yield the right-of-way to a 2003 Yamaha motorcycle being driven northbound by Paul Nicholson, also of Woodbury.

Mr. Nicholson was pronounced dead at the scene.

“The investigation is ongoing, but it appears at this time it was a tragic traffic accident,” Chief Mooneyham said. “We extend our condolences to both families.”

Cannon County EMS and the Woodbury Fire Department also responded to the accident.