More than a sport 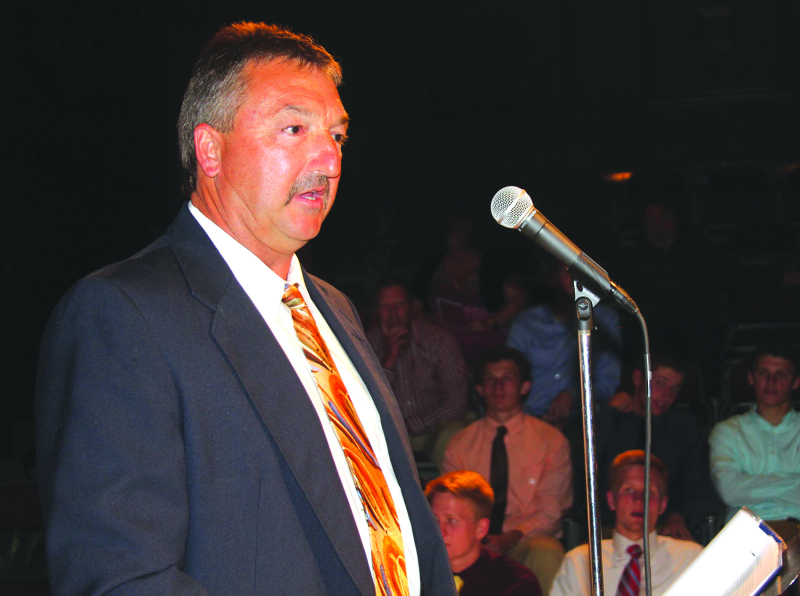 The last time Cannon County High School boys' basketball team played in the state tournament was 1985. It was the first time the Lions advanced to it since 1932, and recent Hall of Famer inductee Russell Davenport was one of the major parts of the legendary team's success 30 years ago.
The biggest memory Davenport has from the magical season was not the success on the court, but the overwhelming support from the community and the life lasing bonds with his teammates.

"Playing the sub state at home was something new for the boys," Davenport said a few weeks ago. "I remember coming to CCHS at 4:30 p.m. that afternoon, and I saw about 300 people having a pep rally in front of the gym, and I thought that was pretty neat. The gym was packed. At state, it seemed like everybody from Cannon County was there."
The Lions lost in the state quarterfinals to Knoxville Austin-East 98-61, but the memorial season was something the entire team has looked back on three decades later.

Davenport, who was mostly known for the thunderous dunks, during his high school career was inducted into the Hall of Fame on May 21. It was a special honor for him, and it was even more special when his 11-year old son Gus helped put him in there.
"I felt honored and humbled about it," Davenport said. "It is a special thing, and I could not have done it without the help of my teammates and good coaching. It was a special moment for me."

Family is very important to Davenport, and it is part of the reason why he enjoyed so much success on the basketball court during his time at CCHS.
"When I was little, I went to watch my sister play at the old gym, and there was pictures of famous players on the wall," Davenport said. "I wanted to do well, so my picture would be on the wall. I had the goal of doing good things to get to that point. It is a special thing."
One of the bonds he continues to share today from that team is with Alan Bush, who were the two leaders of the 1984-85 team. Speaking of the leadership, Davenport has put it into practice in two very important aspects of his life today coaching middle school basketball and running his own company.
For the past few years, Davenport has been an assistant coach for the Westside Elementary team, which includes Gus on the team. This past season, Westside had a perfect 25-0 record, including a state title. Russell has really enjoyed the experience of giving back to the game, and most importantly coaching his son at the same time.

"I enjoy being able to sit back and watch my boys play," Davenport said.
The family added Gus has the same goals for himself, including going to the state tournament like his dad and breaking his dad's scoring records at CCHS. He has already done pretty well for himself winning four Junior Pro titles and now a middle school title.

Not only does Davenport and his wife Shannon enjoy watching their kids, Gus and Bode play sports, they also take a thrill in giving back to the youth baseball athletes here in town. For the past 26 years, Russell has run his own construction company, DavCo Construction, and during the youth baseball season, the family gives out a reward to those young homerun hitters.

During the season, any kid who crushes the ball over the fence during the kid pitch leagues at the Cannon County Dixie Youth Association games will get a 50 dollar cash price and their name will be posted on the board at the ballpark. It is one of the ways they give back to the community who has given so much to them.

For Davenport, the success was not about the records, but about the bonds he made with his teammates, which continues today as the team celebrated the 30-year anniversary in January. He also had a lot of coaches and supporters, who helped the team achieve history back then. However, most importantly today Davenport gives back to the community, while passing on valuable lessons to his sons.