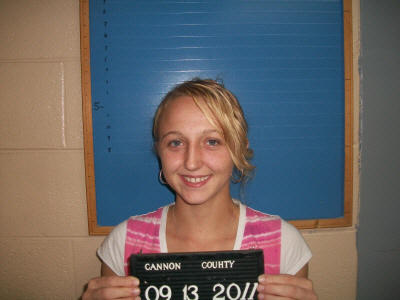 A mother and daughter were both charged on Sept. 13 with aggravated burglary by the Woodbury Police Department.

The Besners allegedly entered the habitation of 526 McFerrin St. Tuesday without the consent of the property owner. They were charged with aggravated burglary because they entered the residence of Vickey McClure with the intent to commit a felony, theft, or an assault. This was done after the McClures had allegedly stolen items from the residence which the Besner's were moving from.

Bond for both Besners was set at $2,000. They are scheduled to make their initial appearance in Cannon County General Sessions Court on Oct. 11.

The incident marked the second arrest of Kimberly Ann Besner in a two-week period. She was charged with disorderly conduct and public intoxication on Sept. 1 by Woodbury Patrolman Patrick Fann. Besner was found outside her home causing a disturbance at 1:35 a.m. She appeared to be under the influence of alcohol.

Print
Members Opinions:
maude
[Delete]
WHY ARE THESE WOMEN SMILING????????
DebbieJen
[Delete]
for the same reason they committed the crime...stupidity

ftenpenny
[Delete]
Free shelter,free medical,free food.at tax payer expense.
junebug18
[Delete]
Sounds like they were just stealing back the stuff the McClures stole from them! Just seems like the whole bunch needs to get a little smarter! LOL