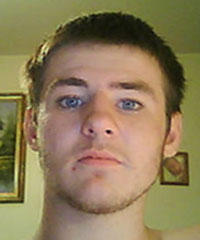 A body found Monday afternoon in the Stones River off Highway 53N has been identified as that of Brian Kite, 18, who has been missing since Oct. 8.

Sheriff Young said the incident is being treated as a homicide, and that the Tennessee Bureau of Investigation has been called in to assist in the investigation.

Young said the cause of death and the length of time the body was in the river will not be known until after an autopsy has been performed.

Kite had identification on his person when his body was discovered. Young said the family has been notified of his discovery and death.

Fox 17 News is report Kite’s mother and sister said that his body was found in an area that they were searching for days. Brian was last seen that Friday evening getting into a silver car on Highway 53N (Gassaway Road).

NewsChannel 5 is reporting officials believe that he had been deceased for some time. The investigation is still underway into how he died.

Channel 4 New is reporting Kite's girlfriend's father found the body at about 3 p.m. and called deputies. Police said they are investigating the death as a homicide, but there were no signs of aggression.

Kite was last seen at the McDonald's restaurant on East Main Street in Woodbury.

The search for a Cannon County teenager who has been missing for 10 days took on a national scope Monday.

The National Center for Missing and Exploited Children joined the search for Brian Kite, 18, who has not been seen since Oct. 8.

Harold Jones, who is a member of "Team Adam," a division of the NCMEC, said, "we came to help the local police and be a resource for them."

Kite, of 410 Higgins Hollow Road, was last seen getting into a silver car around 6 p.m. on Oct. 8. He was reportedly walking to meet his girlfriend at the Cannon County High School Homecoming game on October 8.

"Brian has never in his life disappeared on me. He may go to a friend's overnight but I know he is going," mother Marjorie Griffin told TV station, News 2, Nashville, adding, "He still will text message me 30 to 40 times a night."

Kite's mother received a text message from her son at 5:37 p.m. on the day he went missing.

In the message, he told her he had gotten a ride from someone in a sliver car that claimed to know her.

Griffin sent a message back to her son asking him what the person's name was that picked him up.  He never responded.

The teenager's family worries that he may have been attacked by some local teen boys.

Griffin told News 2 that there has been conflict between her son and various boys for at least six months.

The day before Kite went missing he sent a text message to a friend that read, "I'm going to need your help soon. I have a lot of problems."

Kite's family has searched the rugged terrain near their home everyday since his disappearance. Bloodhounds picked up the teen's scent, but they were unable to locate him.

"We love him. We are never going to give up on him and keep searching," Griffin said.

Sheriff Darrell Young said Monday the owner of the silver car has told authorities they dropped Kite off at a location on Lester Street on Oct. 8.

Sheriff Young said Monday that Kite's cell phone is no longer operational. He also said officers were continuing to interview and re-interview persons thought to have knowledge of the case.

They called out the dogs Saturday in the search for a Cannon County man who has been missing for over a week.

Cannon County Sheriff Darrell Young said Saturday morning that K-9 units were brought in to assist in the search for 18-year-old Brian Kite.

Sheriff Young said Kite, who has not been seen or heard from since he left to his home to go to a football game on Oct. 8, has been known to leave and not return for as long as two weeks.

However, Sheriff Young said in prior incidents Kite would stay in contact with his family via phone.

Kite’s family is also actively trying to locate him, and will continue to do so Sunday if he is not found by then, according to a message posted to The Cannon Courier’s Web site.

“I am Brian’s sister I just want to thank everybody that is praying for us we really need it and Sunday we are trying to get people to help search if you would like to help contact me at 615-796-4681,” Alexis Crabtree said.

While Kite has yet to be located, the search by local law enforcement has been intense all week. Homes and structures throughout the county and city have been checked, friends have been interviewed, and license plates of cars have been checked to learn the identity of the owner, according to police scanner traffic.

Family, friends and the Cannon County Sheriff's Department are continuing their efforts to locate Brian Kite, 18, who has been missing since late Friday afternoon.

To date the only solid lead came in the form of a cell phone message, but there have been none sent in recent days, according to the sheriff's department.

On Tuesday Verizon Wireless, the carrier for Kite's cell phone, was contacted again by sheriff's detectives and verified that no text messages have been sent from his phone in recent days.

"However, more people are being interviewed in regards to Brian which includes students at the high school," Detective Matt Goney said in a press release Tuesday evening.

"The owner of the suspicious silver car has been identified and is cooperating. We do know that Brian has a history of leaving home for long periods of time, but he usually texts. All leads reported are being followed up on and the investigation is still ongoing.

According to the press release, the Sheriff's Office was contacted by Marjorie Griffin, Brian's mother, on Saturday. She stated that he left home on Friday night (Oct. 8) at around 5:30 p.m.

At approximately 6 p.m., Brian sent a text message stating that he was with someone's cousin. The text also stated that they were on the way to a football game. The person who received the text responded by asking who he was with and Brian did not text back.

According to family members, Brian was picked up on Highway 53N (Gassaway Road) by someone driving a silver car. Brian had planned to attend the Homecoming game at Cannon County High School, they said.

Mrs. Griffin told investigating officers that Brian always told her where he was going. She stated this was not like something Brian would do.

Brian was entered as a missing person in the National Crime Information Center. Mrs. Griffin told officers on Saturday that Brian has some medical needs and takes medication. However, he left his medication at home.

Verizon Wireless was contacted the day Brian was reported missing. They were able to locate an approximate distance from the text message Brian has sent. The location his 1.1 miles southeast of tower 224 on Dolittle Road. Text messages were the only form of communication working on Brian's phone.

Text message have been sent continuously from law enforcement, friends and family since the day of Brian's disappearance, Det. Goney said. Law enforcement was advised by Verizon Wireless that without a phone call being made from Brian's phone, they are unable to pinpoint the exact GPS coordinates.

The Sheriff's Office visited many of Brian's friends' homes in search of information and his whereabouts. This includes an extensive search following all leads within the city limits and rural county, Det. Goney said.