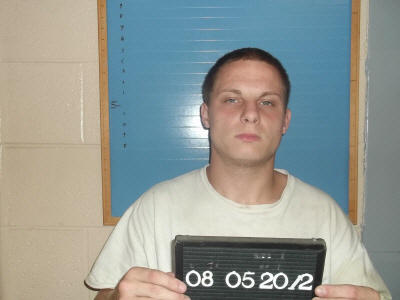 Officer Fann was dispatched to a crash in the 900 block of S. McCrary St. When he arrived he saw a silver Honda Accord sitting northbound in a yard. Ambulance workers were attending to a female, Amy Miller, who was sitting in the driver’s seat. Several people were around the car.

Officer Fann first spoke with McLaughlin, who stated that his sister, Miller, was driving toward town and lost control on the wet street and ran off the road on the other side. Miller’s two small children were also in the car when the accident occurred.

One witness told Officer Fann he was a couple of vehicles behind the Accord when he saw it make a hard left and run off the road. He said the car left the road and went airborne.

The witness said he stopped and went to help and saw McLaughlin behind the wheel and Miller in the passenger seat with a small child in her lap and another child in a car seat in the back. It appeared to the witness the driver ran off the road on purpose.

A check of the status of McLaughlin’s driver’s license showed it to be suspended. Bond was set at $8,000. Initial court date is Sept. 18.