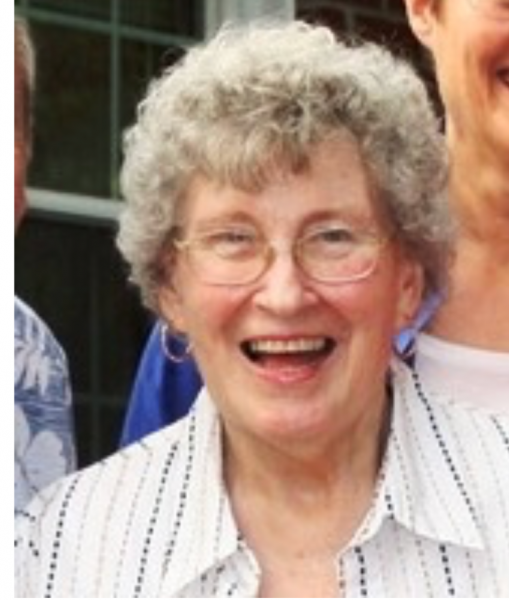 During her time at Ward Belmont it united with the Tennessee Baptists and became Belmont College, a four year college. Mary Helen Brandon had the distinction of being the first graduate of the new four year college named Belmont College - receiving a BA in Education in the spring of 1955. Possibly an omen of things to come, Dr. Baker James Cauthen of the Foreign Mission Board of the Southern Baptist Convention spoke at her graduation.
While attending Belmont College she was set up on a blind date with an airman from Sewart Air Force Base in Smyrna, Tennessee. A connection was made and in December 1955 Helen married Donald William Jones. She taught at Woodbury High School and Central High School in Murfreesboro, Tennessee while Don went to Middle Tennessee State College to get his BS in Industrial Arts Education.

While still in Tennessee their first two children were born, William (Bill) in 1956 and Robert (Bob) in 1958. They moved from Tennessee to Ohio once Don graduated college and he began his teaching career. While living in Ohio, Rebecca (Becky 1960) and Brian (1962) were born. During a one year move to Amarillo, Texas where they taught and were dorm parents at Cal Farley's Boys Ranch, their fifth and last child, Elizabeth (Beth 1964) was born.
Both feeling God's leading to something different, they were open to learning about missions work when visited by a missionary(Mike Wilson and wife, Kitty) whose background was also Industrial Arts Education. They joined Dr. Cauthen and became missionaries. They left TN in 1968 and with matching American Tourister suitcases all in a row, they loaded up their five kids and headed off to East Pakistan to learn the Bengali language and tell the people there about Christ. After just three years there, the civil war between East and West Pakistan began and the Jones family took a furlough and returned to the United States before relocating to Taichung, Taiwan where they set up residence for the next twenty five years. Don and Helen both worked at Morrison Academy, a school for missionary children, and did Bible studies and English classes in homes and local churches where they could share with the people of Taiwan about God's love.

After retiring in 1995, they settled back in Woodbury. They eventually bought a small trailer in Leesburg, Florida where they spent the winter months; making the trip south in early November and back to TN in early April. They visited with their children and grandchildren when possible - California, Texas, Virginia and Tennessee - and enjoyed their visits when the family got together in Tennessee. Don passed away in 2013 and Helen gave up the Flordia trailer, having already had hip surgery and depending on a walker for getting around. After several osteoporosis related compression fractures in her back, she settled in at Woodbury Health and Rehab Nursing Home where she enjoyed reading, writing, watching tv and visiting with the staff, many of whom were descendents of old friends from the area. Being in Woodbury allowed her to have regular visits from her community and church friends. She also enjoyed occasional Wednesday outings with one of her kids to O'Charlie's for some low country shrimp and free pie.

Though mentally sharp until the end, her body was giving up on her and after a couple of hospital stays near the end of 2019 she returned to the nursing home with Alive Hospice helping with her care. She passed on January 7, 2020. She is survived by her children; Bill (Sandy) Jones, Bob (Penney) Jones, Becky (Jim) Courson, Brian Jones, and Beth (Jesse) Thomas - her grandchildren; Rachel (Kyle) Courson Swenson, Josh (Meghan) Courson, and Matt (Toni) Jones - and her great-granddaughters; Sydney Swenson and Adelaide Helen Swenson who is due any day now.

Helen will be remembered as a caring friend, faithful correspondent and prayer warrior as well as a loving mom and grandma.

Visitation will be held at First Baptist Church, 405 W. Main St. Woodbury, TN on Saturday, January 11, 2020 from 1-2:30 pm. Funeral services will follow at 2:30 pm. Pastor Dean Anderson will officiate. Interment will be in Riverside Cemetery. Memorial donations may be given to either the International Mission Board, SBC or Gideons. Share thoughts, memories and condolences at www.smithfuneralhomewoodbury.net Smith Funeral Home, 303 Murfreesboro Rd. Woodbury, TN 37190, 615-563-5337