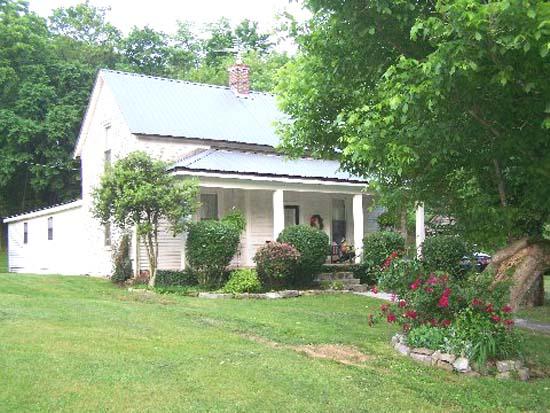 The Alexander-Ready-Cates farm, 1662 Northcutt Road, Milton, TN, in the Porterfield Community, will be marked at 2 p.m. on October 18 by the Association for the Preservation of Tennessee Antiquities (APTA). Already listed on the National Register of Historic Places and as a Tennessee Century Farm, it is owned by Mary Dee Ready Cates, who was born there in 1913.

Bob Notestine, State APTA President, will preside over the marking ceremony. David Cates, grandson of the owner and his wife, Ashley, and son, Benjamin, current occupants of the home and farm, will host those who attend at a reception immediately following in the farm home.

Abner Alexander, of North Carolina, purchased the land in 1844. His home and more than 100 acres of the original tract are now owned and occupied by Chuck and Adela Harter. The part of Abner Alexander's farm being marked, including 175 acres and the home built in 1870 by Abner's daughter, Mary Annis Alexander, and her husband, Christopher Columbus Ready, is composed of Mary Annis's inheritance from her father and purchases she and her husband made of the inheritances of her brother and sisters, Martha (Sug) Alexander Bryson, John Mac Alexander, and Nannie Alexander Northcutt. The two story addition was constructed in 1923 by Irvin E. Ready, the son of Chris and Mary, and his wife, Nancy E. Bragg, of Locke's Creek.

Abner Alexander and his first wife, Nancy Sauls, and second wife, Jane Cooper, as well as Chris and Mary A. Ready, have many descendants living in Cannon and Rutherford Counties and throughout Middle Tennessee today. All relatives and friends, as well as other interested persons, are cordially invited to attend this historic event.

For more information, contact Steve Cates, at 896 3559 or appdancer@aol.com.