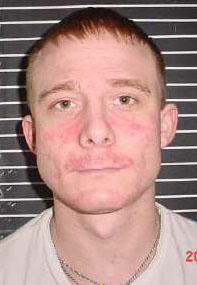 Thomas Keith (T.K.) McCullough, 27, of 456 Burt Road in Woodbury had escaped capture for the past several months on drug charges in Cannon County.

“Working on information we had received recently we learned that Mr. McCullough would be in McMinnville. We arrested McCullough in the back seat of a car as one of his friends was exiting a pharmacy in downtown McMinnville,” said Sheriff’s Investigator Charlie Wilder. “Investigator Vance Walker walked up to the car after seeing Mr. McCullough and told him he was under arrest.”

McMinnville Police arrested McCullough on drug charges and he is being held in the Warren County Jail. A hold was place on McCullough and if he makes bond in Warren County he will be detained until Cannon County deputies can transport him to the Jail.

“The Sheriff’s Department wants to thank the McMinnville Police Department for their assistance in this arrest. They provided a transport vehicle in the arrest and were of great assistance to us,” said Sheriff Billy Nichols.