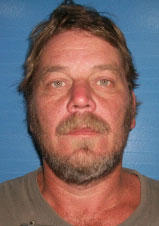 A Morrison man was charged with allegedly committing multiple crimes following an incident which began as a domestic dispute on Oct. 5.

Jerry Lynn Sissom, 1814 Duke Road, Morrison, was charged with two counts of Aggravated Assault with a Deadly Weapon, Reckless Endangerment, Unlawful Carry/Possession of a Firearm, Domestic Assault and Disorderly Conduct after he turned himself in on Oct. 10.

Cannon County Sheriff's Deputy Matthew Parsley responded to 207 Orville Duke Road on Oct. 5 in reference to a property recovery. Upon arrival he spoke with Cynthia Richardson, who said she was staying her boyfriend, Sissom, when he became violent.

Richardson said she left to get away from Sissom but needed some medication for the night. Deputy Parsley, Richardson and Tammy Palmer went to 1814 Duke Road to retrieve the property.

During the earlier incident, Sissom allegedly fired 10 shots into the floor in the immediate area of Richardson.

Upon arrival at Sissom's residence with Richardson and Palmer, Deputy Parsley observed Sissom sitting on the front porch. When he stopped his patrol unit, Sissom drew a shotgun and pointed it in the direction of the deputy.

Deputy Parsley took cover behind his vehicle and ordered Sissom to drop the weapon. He then observed Sissom turn from his direction and point the weapon at the vehicle Richardson and Palmer were in. Richardson began to yell at Sissom and was in close proximity to him.

After again ordering Sissom to drop the weapon, Deputy Parsley instructed Richardson to go back to her vehicle and for her and Palmer to leave the area.

Richardson continued to argue with Sissom, who once again pointed the shotgun at the deputy. Deputy Parsley then notified Cannon County Dispatch that a person had pointed a shotgun at him and he may need assistance. Richardson went back to her vehicle after Palmer advised her to do so.

Deputy Parsley then worked his way back to the driver's side of his patrol unit while keeping watch on Sissom, who at that time pointed the shotgun toward the ground.

The deputy and the two women then cautiously left the residence and went to Ivy Bluff Church, where they were met by Sgt. Randy Neal. They returned to the residence but by that time Sissom had absconded. Richardson was allowed to retrieve her property.

When Sissom turned himself in on Oct. 10, he was served the warrants and a 12-hour hold was placed on him. His bond was set at $34,000. He was appointed the public defender during General Sessions Court on Oct. 11 and his next court appearance was set for Nov. 1.

Print
Members Opinions:
flower63
[Delete]
Sounds like the woman is the problem here!