Man On Probation Charged With Trying To Break Baby's Neck 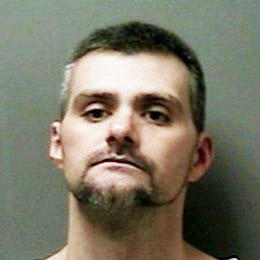 GLEN CLIMER II
A man currently serving state probation time for attempted aggravated assault of his child was arrested at Middle Tennessee Medical Center in Rutherford County Monday afternoon after officers witnessed him trying to break an infant child's neck with his bare hands, according to a WKRN.com (Channel 2 News Nashville) report.

Officers were called to the hospital around 1:45 p.m. Monday amid reports there was a suspicious man holding a baby tightly in a blanket and being uncooperative with hospital security.

The man was later identified as 45-year-old Glenn Climer II.

Climer entered a best interest plea of guilty to attempted aggravated assault in Cannon County Circuit Court on Oct. 6. He was given a partially-suspended sentence of 5 years in state prison, given credit for time served, and placed on state supervised probation for 5 years. He was also ordered to stay away from the victim, the victim's family, their place of residence, and to pay court costs.

As officers spoke with Climer Monday at the hospital, they noticed the baby had bruising under the left eye.  When questioned, Climer blamed the injury on the child's mother.

When officers tried to take the baby from Climer, he refused and stated, "If it is going to be like that" and then put his hands around the baby's throat and began to twist "as if to break the baby's neck," according to a Murfreesboro police incident report.

A struggle ensued and officers were eventually able to take possession of the child.

Climer was arrested on charges of child abuse, resisting arrest and assaulting a police officer.

According to the arrest warrant issued at that time, Climer was visiting his uncle at 702 Bailey Court, Woodbury, when his actions put his uncle and other guests in fear for their safety, or in fear of harm.

Climer had left and returned and started talking to the ceiling, telling the (people) he was talking to to come and kill him.

When law enforcement attempted to get Climer to leave, he refused to do so. When officers attempted to take Climer into custody, he started pulling away, refused to comply with demands, and fought with the officers.

While officers were trying to take Climer into custody, he was holding a 1-year-old child. When his girlfriend tried to take the child from him, Climer grabbed the legs of the child and pulled them as if he were trying to pull the child in half while the girlfriend was screaming for him to let go, that he was hurting the child.

Climer was purposely trying to use the child as a shield against law enforcement and his actions were atrocious and cruel.

Print
Members Opinions:
DB
[Delete]
What is wrong with our judges that they are putting all these offenders on probation? I hope the judge who put this man on probation realizes that this man was able to this because of them.
cherleader
[Delete]
And I hope his states probation is violated and he is ordered to serve the 5 years in prison and not put back on probation.
Denver01
[Delete]
The people of Cannon County do not want to pay more in property taxes to pay for more deputies or build a bigger jail but want people like this off the streets. I want people like this off the streets of Cannon County too but without more funding for the Sheriff Department and a change from our judges and District Attroney in the next election they are in I do not see any changes coming. Also from what I understand the jail is overcrowded as it is now and with the increase of crime in Cannon County building a bigger jail will be necessary in the future.

cherleader
[Delete]
He is actually on State Probation which is not the same as PCC on the square on Wed. nights (local or county probation). It doesn't matter if the jail is over crowded, that does not mean just put them on probation. At some point is a message was sent that you won't get just a citation or a free lawyer maybe is would convince some citizens it was time to learn a lesson.
[Delete]
This man should be summarily executed.
[Delete]
If trying to hurt two children wasn't enough maybe he will go to prison for assaulting an officer.
junebug18
[Delete]
Sad! Who cares if the jail is overcrowded! Let them sit and sleep on top of one another. Cut down their free meals to 2 a day. Make it a "not so nice a place" to be locked in and maybe some of these would think twice about what they do to go back time after time. It's ashame when someone like this guy above is even walking around on the streets. All you hear is about their rights and overcrowding and medical bills and etc. I think they have it too easy, and more victims ultimately are the result. Jail and prison should be a place of punishment not a place to relax and get fed and taken to the doc or dentist. When did our govt. get so screwed up??
[Delete]
junebug (when I say this, it is 100% sarcastic in reference to the system and not you).

You can't stack inmates on top of each other and you can't reduce their meals to two a day because that would be considered cruel and inhumane treatment and we surely wouldn't want to be cruel and inhumane to someone who tried to break a baby's neck now would we?

You asked when our government got so screwed up. I will answer you the only way I know how.

When government on any level (Federal, State or Local) has to govern itself being politically correct then it will always be "screwed up".

There is no such thing as victim’s rights any longer because of the liberal attitude that it would be cruel and inhumane to treat a prisoner who has murdered or attempted to murder a child in a manner that fits the crime.

Bigger jails are not the answer and more officers are not the answer in my opinion. The answer to fix the problem lies with the changing of the ideas that treating a convicted criminal like they have the same "rights" as they had before they committed their crime.

The minority governs (liberals) the majority (conservatives) in America now. That's why it is so screwed up at times!

efisk
[Delete]
What is to the rumor that I have heard that the state probation office does not even have someone staffed in it? I have heard from some that all they have to do is go up and sign their name as coming in, and never see the officer.

Can anyone answer this question?
jar2h
[Delete]
Sad, Really sad.
ftenpenny
[Delete]
Bring back the chain gang,park the county tractors an give them a sling blade,Other states do it why not us.train the tractor drivers to be correction officers.let them walk 4 hours out an 4 hours back to the jail.The Cannon County jail should call Sheriff Joe; in AZ.an request his manual on how to run a jail;