Man Charged With Trespassing – At Jail 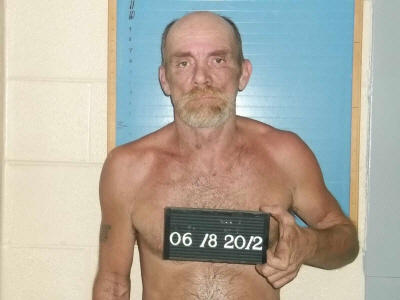 A local man was charged with Criminal Trespass Monday – at the Cannon County Jail.

Sheriff’s Deputy Jordan McGee received a call from Transport Officer Rodney Nichols informing him that a man, later identified as Scotty Glenn Grizzle, 406 Todd Rd., Woodbury, had thrown something over the fence into the recreation yard outside the jail.

Deputy McGee and Investigator Anthony Young went to the hospital area and then on to 416 Doolittle Rd., where they spoke with Ben Simmons, who stated he was in his garden when a man walked down his driveway and met him at this tractor and struck up a conversation.

The man told Simmons he was Scotty Grizzle and he was out of work and had three kids and wanted to know if Simmons wanted any help with his garden. Simmons said Grizzle showed him a card which appeared to have a court date on it.

Simmons said he told Grizzle to stay in touch with him, that be might need help at a later date. During the conversation Simmons said he was told by Grizzle he lived on Todd Rd. and he had been working a lot in the jail garden.

Simmons said Grizzle walked off and he went back to work. A few minutes later, he noticed Grizzle walking back up the fence on the jail side.

Deputy McGee and Investigator Young searched Simmons’ property and home but were unable to locate Grizzle. They returned to the sheriff’s department to obtain an arrest warrant. They were notified by Deputy Eric Moss that he saw a man on a roof just outside of town. He was taken into custody and booked at the jail.