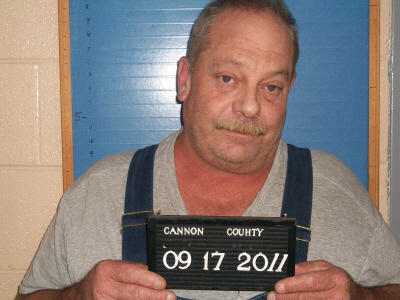 CHARLES LUEBBE JR.
An Auburntown man was charged on Sept. 17 with DUI after being stopped at a roadblock.

While speaking with Luebbe, Trooper Allen England of the Tennessee Highway Patrol could smell an odor about Luebbe consistent with that of alcohol. As Luebbe exited his vehicle, Deputy McMillen reported he could also sense the same odor.

The deputy asked Luebbe if he had been drinking and he stated yes, after he had gotten off work at Bridgestone at 6 p.m. Luebbe could not advise how much he had to drink.

Luebbe was allegedly unable to perform a series of field sobriety tests administered by the deputy. He was taken to the Cannon County Jail and booked. He refused to submit to a blood alcohol content test.

Print
Members Opinions:
Denver01
[Delete]
It good to know these roadblocks are working. Thank you THP, CCSO, and all the other involved.
RalphHenderson
[Delete]
I agree with Denver. Keep up the good work.