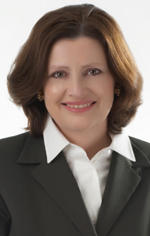 Zelenik, a small business owner for more than twenty years and current chairman of the Rutherford County Republican Party, will seek the party’s nomination to oppose Congressman Bart Gordon in November of 2010. She enters the race with a pledge to provide representation that reflects the growing conservative views of the Sixth District.

“In his twenty-five years in Congress, Bart Gordon has steadily moved away from the views of this district,” Zelenik said. “As Middle Tennessee has embraced a more conservative philosophy, he has become an increasingly reliable vote for the liberal leadership in Congress. Tennesseans have said we are looking for someone who stands with us. Congressman Gordon has shown he prefers to stand with Barack Obama and Nancy Pelosi.”

Zelenik co-founded L&N Construction in 1985 and closed the successful business in 2007. In announcing her bid, she emphasized her understanding of the impact government policy has on small business and job creation in a faltering economy.

“I understand priorities. I understand that families and businesses must live within our means but Congress spends our money at an unprecedented rate. Bart Gordon’s ‘stimulus’ package was sold to the people as necessary to keep unemployment under eight percent. Today it stands near ten percent. His vote to force a ‘Cap and Trade’ energy tax on families in the Sixth District threatens to kill more jobs when government should be on the side of working Tennesseans. His decision to support government-run health care runs counter to the values of Tennesseans. Bart Gordon’s addictions to the perks and privilege of the Washington lifestyle have made him a loyal supporter of Nancy Pelosi and her leftist agenda.”

Zelenik pledged to return representation to the Sixth District that hears the voices of Tennesseans and stands up for their values.

“We understand that lower taxes create more economic opportunity. We understand that government policy should be driven by the interests of the people, not the political action committees. I will work to put the government back on the side of working families and give Tennesseans a voice in Washington. I enter this race knowing it will be difficult. Bart Gordon will be well financed by special interests. He will have the backing of ACORN and liberal national groups who don’t care about Tennessee. But our children’s future is worth the fight and I am ready to get to work. I ask the voters of the Sixth District to join me in this cause.”

Zelenik is the mother of one daughter. She is a graduate of the Vanderbilt University School of Engineering and attends World Outreach Church in Murfreesboro, Tennessee.