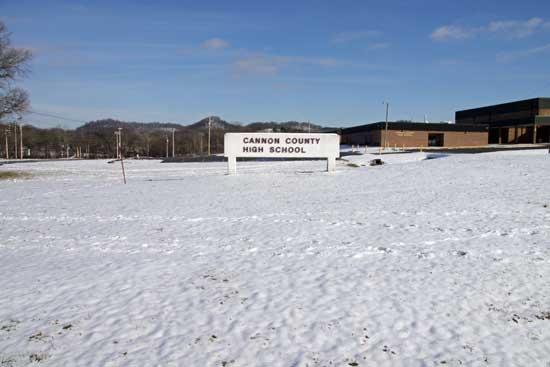 The days are there.

"We have several days in the calender that we could use to make up snow days if we had to do that," Parker said. "You don't want to have to do that, but we could. You do start to get a little cautious (when the built-in days are almost diminished) but there is just no way all the students could get to their schools (last week)."

Although dates are available to assure all required school days are fulfilled, time still is of the essence in regard to TCAP testing. Parker said lost instruction time due to the inclement weather is the bigger headache.

"We want as many days as possible before TCAP testing and this cuts into that," Parker said. "You become concerned with missing so many days of instruction."

The Cannon County Spelling Bee has been moved to Feb. 3 at East Side Elementary at 6 p.m.

Print
Members Opinions:
[Delete]
The state of TN puts too much emphasis on testing and not enough on learning. Schools are more and more changing toward teaching for testing than teaching for learning. I understand having TCAP tests and we had them when I was a kid. They just weren't all the education system cared about. Why should children only learn whats on the test? Could this be the reason common sense is no longer common?
blaqnite2002
[Delete]
Test scores are how teachers keep their jobs. Teach the kids how to score high on the test, to hell with the curriculum
galaxy88
[Delete]
The teachers would love to go back to teaching the curriculum, but the government puts to much emphasis on testing. Take it up with the law makers on the state/federal level. It is no fun having to teach to the test, but its a national issue not just here.