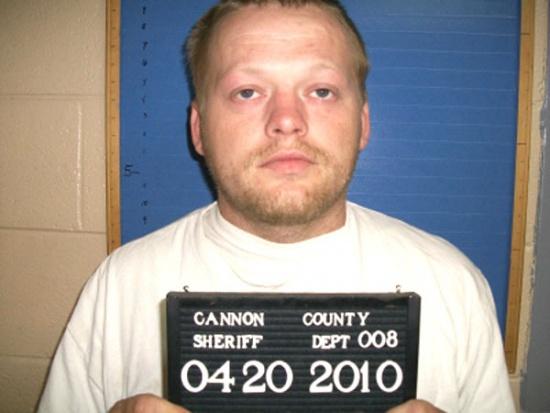 SANDERS
An unregistered sex offender has been taken off the streets by the Cannon County Sheriff's Department. Investigator Charlie Wilder arrested Aubrey Gannaway Sanders, age 30 of Melton Hollow Road, this week for failing to register as a sex offender.

Sanders was convicted of two counts of sexual abuse in 2001 and, under Tennessee Law, is required to register with the Cannon County Sheriff's Department within 7 days of his birthday each year. Sanders failed to do that and Wilder obtained a warrant for his arrest.

Sanders is currently being held in the Cannon County Jail lieu of $20,000.00 bond and will appear before General Sessions Judge Susan Melton on May 4, 2010. Failure to register as a sex offender is a class E felony punishable by 1 to 3 years in prison.

Print
Members Opinions:
JrWtn
[Delete]
The Sheriff's Department is alive and well during election year!
Straitupmarilyn
[Delete]
We must continue to do whatever it takes to protect our community.