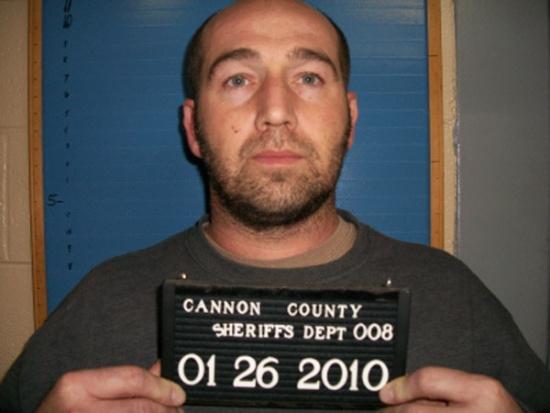 During Friday’s court session, Adamson entered guilty pleas to 5 counts of rape and 6 counts of sexual battery by an authority figure. Adamson received a total prison sentence of 62 years with portions of his sentence running concurrently.

Adamson will serve a total of 12 years in prison as a 100 percent offender which means he will serve his prison sentence day for day and will not be eligible for jail credits or early release. After his sentence is served, Adamson will have to register as a sex offender for the rest of his life and will be supervised by the State of Tennessee’s sex offender monitoring agency.

In a post court interview, Assistant District Attorney David Puckett said, “I would like to thank Detectives Charlie Wilder and Vance Walker for their excellent investigation in this case which lead to a successful prosecution.”

In other business before the Court:

Ricky Scott pled guilty to assault. He was sentenced to 6 months in the county jail. That sentence was suspended upon an equal amount of time on probation and paying the court costs.

Nathan Barnett was arraigned on the charges of sale of schedule drugs and maintaining a dwelling to keep, use or sell drugs. His case was reset for plea day on April 22, 2010.

Matthew Edward’s petition for suspended sentence was granted by Judge Ash. He was placed on community corrections for 3 years, ordered to pay the court costs and ordered to pay the restitution. Edward’s also entered a guilty plea to the charge of driving under the influence. He was sentenced to 11 months, 29 days in the county jail. That sentence was suspended upon an equal amount of time on probation, paying a $350.00 fine and paying the court costs. In addition, he will lose his driver’s license for 1 year.

Crystal McMahon was reset for April 22, 2010. She is charged with TennCare fraud and failure to appear.

Michael House pled guilty to the charge of burglary. He was sentenced to 2 years in prison as a standard 30 percent offender. He was ordered to serve his entire sentence.

Samuel Fabozzi pled guilty to the charge of felony reckless endangerment. He was sentenced to 2 years in prison as a standard 30 percent offender. A suspended sentence hearing was set for June 11, 2010.

Print
Members Opinions:
Straitupmarilyn
[Delete]
He should be raped and then castrated. What a horrible crime. If we would do this, we would never have things like this happening in this society. Just my opinion......
[Delete]
I can't imagine how this went on so long before being discovered.