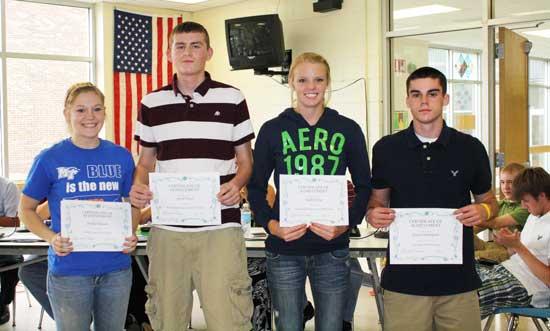 In April, the Daily New Journal in Murfreesboro named the 2010 All-Area Boys and Girls Teams, and these four players were included on the roster.

For the boys team, Justin Davenport was named to the 2nd team and Jared Nave received an Honorable Mention.

For the girls team, Emily Sissom was named to the 1st team and Taylor King received an Honorable Mention.

Mrs. Parker awarded each of them a certificate in honor of this accomplishment at the School Board Meeting held at CCHS.

Congratulations! We look forward to even more from them next year as each one of them will be returning for their senior year.