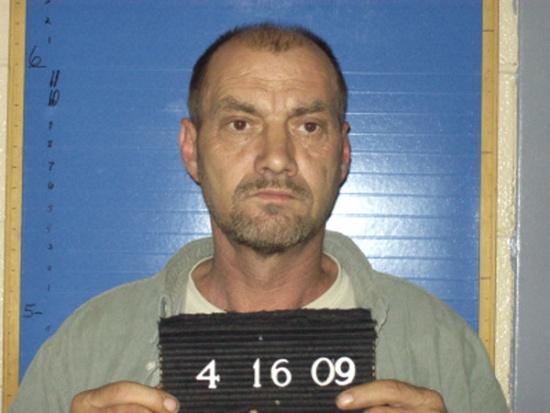 “The federal government had convened a Grand Jury who indicted Mr. Reeder earlier this year,” said Investigator Charlie Wilder. “Under federal guidelines they do not pick up a defendant until the State dismisses their charges. That’s what happened Thursday.”

Reeder was returned to the Cannon County Jail, Deputies later transported Reeder to Murfreesboro where they met the Marshals who took custody of Reeder. He was taken to Nashville where he was arraigned before a U.S. Magistrate and held in custody for processing by the U.S. Attorney in charge of the case.

The Reeder case began in May 22, 2008 when sheriff’s deputies raided the Reeder home in the Short Mountain community following the return of a sealed indictment by the Grand Jury. A large quantity of marijuana was found along with the seizure of $5,000 in cash, a motorcycle and custom 1955 Chevrolet. Reeder was charged with Felony Possession of Marijuana, Theft Under $500.00 and Casual Exchange of Marijuana (3 counts). Reeder posted bond and was released on the charges.

In April 2009 deputies again raided the Reeder residence while assisting the Warren County Sheriff’s Department. Warren County officials had information that stolen guns were at the Reeder location. In this case he was charged with Possession of Schedule IV Drugs for Resale, Possession of Unstamped Alcohol, Maintaining A Structure for the Sale of Schedule VI Drugs, Maintaining A Dwelling for Use/Keep/ Resale of a Controlled Substance, Unlawful Carrying or Possession of a Weapon, Theft Over $1,000 and Simple Possession of Schedule VI Drugs. Officers found guns, approximately 19 lbs. or marijuana and $3,600 in cash during the search.

Reeder was again indicted by another term of the Grand Jury on the charges in the April 2009 case.

“Our department and the District Attorney have been working on the Reeder case for over two years,” said Sheriff Billy Nichols. “Two other family members were also part of the investigation and later indicted on drug related charges. Investigators Charlie Wilder and Vance Walker have put a lot of long hours and hard work into this case and they are to be commended on their diligence in the case. Mr. Reeder was a major drug supplier in Cannon County, which was evident by the action taken by the U.S. Attorney.”

Sheriff Nichols stated the seized property in the Reeder case will be sold at public auction as soon as the property is awarded to the Sheriff’s Department by the courts.

In other business before the Court Thursday:

Joseph Moore's jury trial was moved to June 10, 2010 due to the fact that some of the State of Tennessee's witnesses were unavailable for trial.

Print
Members Opinions:
Straitupmarilyn
[Delete]
Does he have an education?????? So much for being an example to our young people???? The moral of the story. You will reap what you sow. In the long run crime never pays. YOu lose at the end.