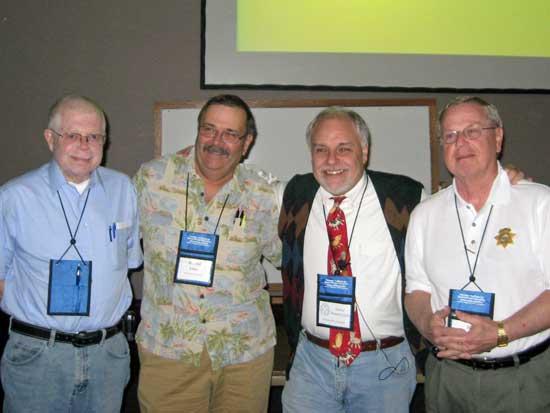 Tennessee has an emerging gang problem, a 30-year veteran of the Los Angeles Police Department said at the symposium.

Communities that don't admit to having a gang problem have to wake up, Tony Moreno told a crowd of mostly police officers, court administrators and community center employees. Sometimes officials don't want their place to have the reputation of having a gang problem, he said. "You can't close your eyes and wish it to go away," he said. "It will just get worse."

"Mayors, police chiefs don't want that stigma," Moreno said. "So they ignore the problem when it's there."

Moreno was one of several speakers at Middle Tennessee State University's 2010 Youth Gang Organized Crime Symposium in Murfreesboro. The three-day conference by the school's Forensic Institute for Research and Education is focusing on gang activity, intelligence and the impact on communities.

Middle Tennessee has an increasing gang problem, with gangs in nearly every Tennessee County, according to a Tennessee Bureau of Investigation report. Davidson County has 5,000 gang members and Rutherford County nearly 500, according to police. A recent report in the Tennessean identified at least one gang present in Cannon County and graffiti found in and around Woodbury would suggest some sort of gang activity.

Moreno's first visit to Nashville was in the 1980s, when there was no gang unit and few gang members. "If there were some back then, there are more now," he said during an interview before his presentation.

"It's a people problem," Moreno added. "It's society's problem, not a police problem." Moreno stressed the importance of giving little victories to students who are marginalized or on the cusp of going either way — being a good student or a gang member.

Jim Gibbs said he found all the speakers to be interesting and knowledgeable but really liked the message delivered by former Little Rock Arkansas Corner Steve Nawojczyk. While Corner, Nawojczyk became troubled with the numbers of dead children caught up in the gang violence. Nawojczyk began his own personal campaign to stop the gang violence which resulted in some very eye opening material that delivers a powerful message. Gibbs plans to use the material to carry a message to parents in Cannon County about the danger of any gang activity in the community.

Shane Matthews, who volunteers at the Madison Community Center, said the symposium reminded him to encourage youth leadership. "I learned the inner workings on how gangs think," Matthews said. "I learned a lot and plan to use it to improve the community."