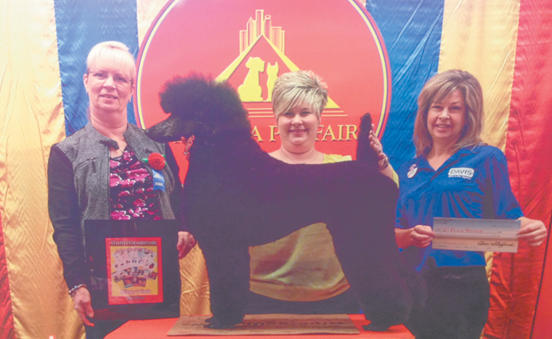 Animology is a UK based company that produces pet shampoos and products. They have a contest each month where groomers from all over the world enter a before and after picture of a dog they have groomed. Angela entered a picture in December of a standard poodle and was the judge's choice for that month. She was also the very first winner from the US.

She placed 2nd in entry level large poodles with Alex a standard poodle. Alex is owned by Lani Spigolon of Woodbury.

She also competed with Chewie a labradoodle in the mixed salon styling class. Chewie is owned by Mr. & Mrs. Brian Francis of Woodbury. Attending the Atlanta pet fair with Angela was her husband David and her assistant Katelyn Taylor.

Angela would like to say a huge Thank You to Lani and the Francis family for allowing her to travel and compete with their dogs.