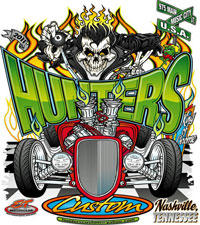 Hunter’s Auto Expo 2011 was held on March 12th and 13th at the Tennessee State Fairgrounds in Nashville.

Among the approximate 200 classic and custom cars, street rods and trucks were 12 locals from Woodbury.

The group managed to win several plaques and trophies for their classes and show.

Several of these same vehicles also participate in other car shows, cruise-ins and “The Color of Fall Car Show” in Woodbury.