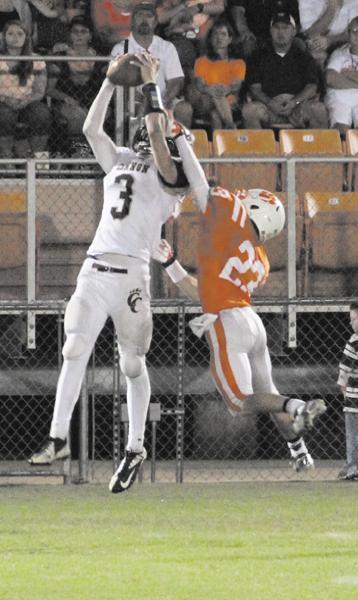 It is often said the most improvement a football team makes is from week one to week two.

If that’s the case then Cannon County has to feel like it will be a much better squad when it takes the field against Jackson County for the 2013 home opener at Schwartz Field Friday.

The Lions were held to less than 100 yards total offense and gave up four turnovers in a 33-0 setback against Middle Tennessee Christian in the opener.

“We have a lot to work on but the good news is most of the mistakes we made in the opener were our own doing so we can correct those,” Lions Head Coach T.J. Daniel said. “We have a big week ahead of us to get ready for a good Jackson County team. We have to execute our offense and finish drives. That’s one of the biggest things. We also have to go back to the basics and work on tackling and get away from this arm tackling. We also have to get off of the field on third down. Those are the big things we need to improve.”

“They are a big, physical football team and they have some guys who can run,” Daniel said. “We have to carry out our assignments because they are good at what they do. We have to focus on them this week but we also have to take care of cleaning up some things with ourselves.”

Cannon County will be looking to end its 21-game losing streak when the Lions face Jackson County. Kickoff is 7 p.m.