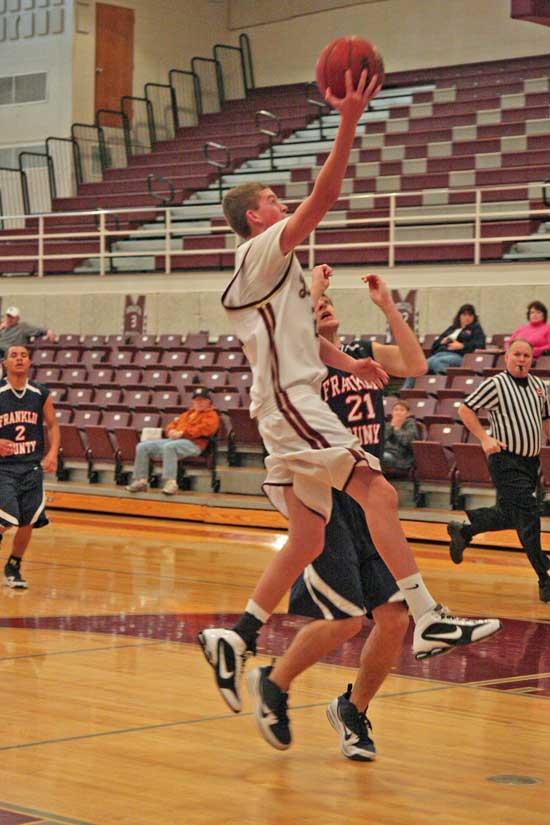 Jared Nave puts up a shot during Sonic Shootout tournament action against Franklin County Monday in Sparta.
SPARTA — The Cannon County Lions and Lionettes are playing in the Sonic Shootout at White County High in Sparta this week.

Jared Nave scored 18 points and Justin Davenport chipped in 16 as the Lions recorded a 65-60 victory.

Cannon County jumped out to a 21-12 lead at the end of the first quarter, and the fast started proved to be the difference in the contest.

The Lions maintained their advantage throughout, leading 33-27 at intermission and 47-41 heading into the final quarter.

Check back to CannonCourier.com later today for a report on the Lionettes' game.