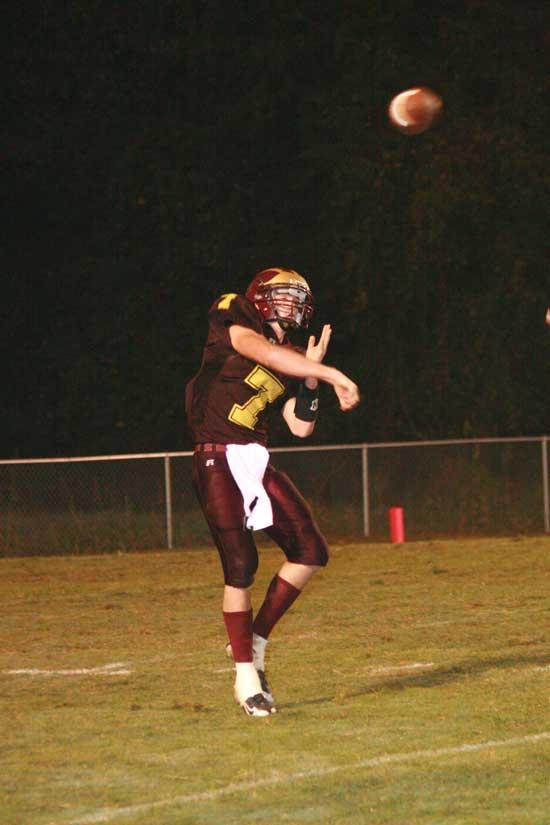 Quarterback Lee Cooper fires a pass for the Lions in action against DCA Friday night.
Division II powerhouse Donelson Christian Academy (ranked 5th in the state) arrived at Fred Schwartz Field Friday expecting an easy win after starting the season 2-0. To their dismay, their easy win turned into a cat fight.

The Lions held DCA’s offense in check, going into halftime trailing 7-0. Cannon had several opportunities in the second half, but several dropped balls by the Lions and big plays by DCA resulted in a 21-6 loss.

The Lions were unable to move the ball on the ground, rushing for a total of 3 yards. Lee Cooper was able to generate an aerial attack passing for 211 yards and one touchdown pass to Andrew Woodin.

The Lion defense (lead by Bryant Hare, Emby Mills, Tyler Jacobs, Patrick Gerdes, and Gabriel Walkup) made threecourageous stops on DCA drives which started deep in Cannon territory. This kept the Lions in striking distance but Cannon was unable to capitalize losing the ball on downs late in the fourth quarter.

The Lions (1-3) will play a district game against York next Friday night at home.