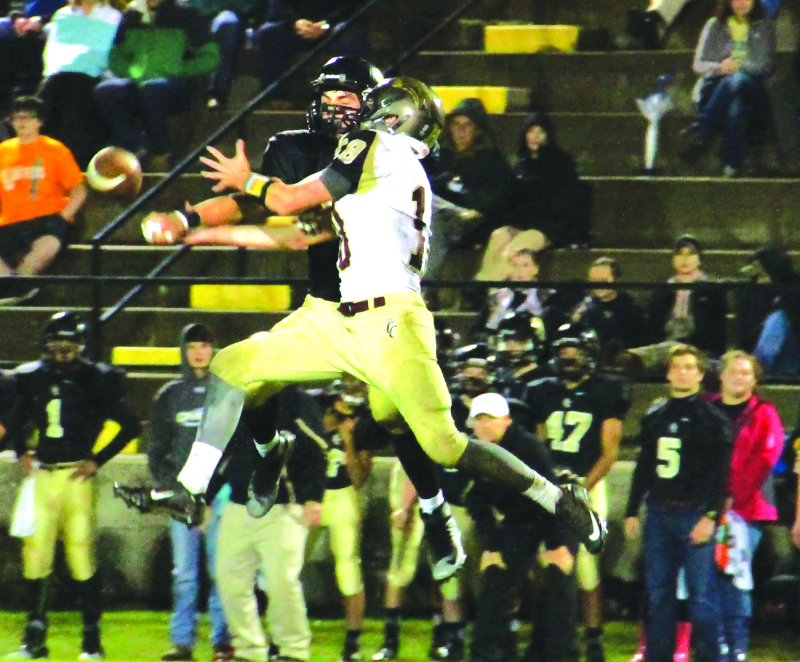 Revenge was on the mind of the Owls of Smith County as they hosted the Cannon County Lions on Oct. 2 in a key District football game. The Lions picked up their only win of last season over the Owls knocking them out of playoff contention. The Owls paid back the Lions with a dominating 56-0 win.

Turnovers continue to haunt the Lions as they fumbled it away during their first offensive possession. SCHS scored a few plays later with a four-yard touchdown run, and off they went to victory.

The Owls added two more touchdowns during the opening quarter, including a 56-yard punt return.

The Lions managed only 13 yards of total offense during the first half of the game with all being rushing yardage.

As has become unfortunately the norm this year, the second half was played with a running clock during the mercy rule. Even so to add insult to injury the Owls returned the opening kickoff 70 yards for the touchdown making it 42-0.

The Lions put together their best drive of the game on the first offensive possession of the third quarter, which included the first completion by senior quarterback Brady Page of the game to convert a fourth down. On the next play, the Lions were called for a penalty, and Brady was sacked on third and long which ended the drive with a punt.

SCHS finished off CCHS with two more touchdowns in the fourth quarter to end the scoring, and it was able to achieve their revenge after falling to the Lions in 2014.

CCHS finished with 60 yards of total offense, including 51 on the ground.
The Lions drop to 0-7 on the season, and were shutout for the second time this season with the first coming against Jackson County on Aug. 28 when they fell 47-0.